We are specialists in creating unique brand experiences driven by rich insights and sound strategies helping you engage with your audience in authentic, meaningful ways. 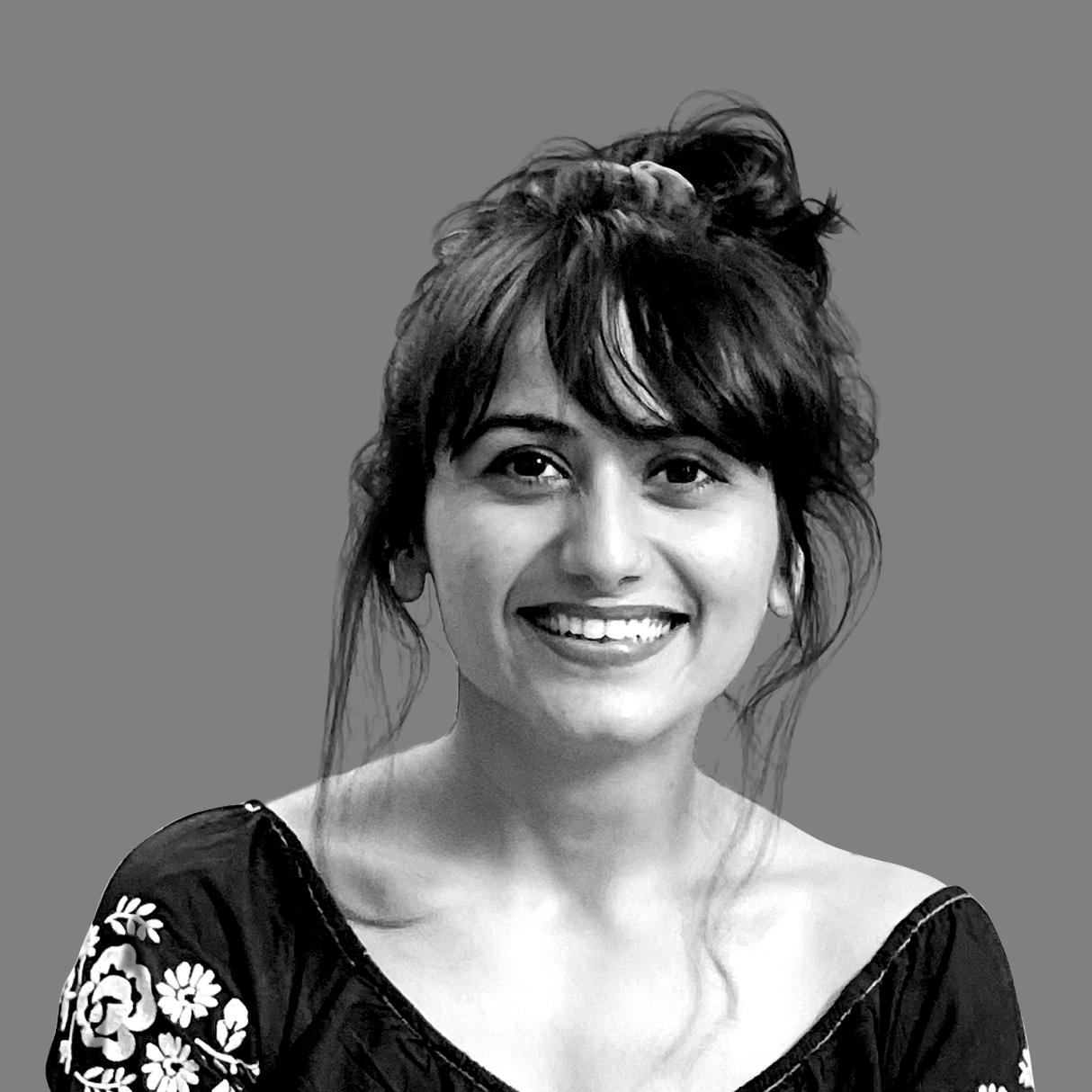 Zoya is a social content buzzwiz who creates hashtags just like this word. She started her career at Perfect Relations from where she picked the reins of Digital PR. With time her expertise switched to other domains, making her adept in the growing fields of digital evolution. With over 7 years of experience across copywriting, social media and marketing strategies, she has helped brands find their digital footing across the lifestyle, F&B, SaaS and product space. She has a Bachelor's Honours degree in Mass Media and Mass Communication and a Post-graduate Diploma in Advertising, Public Relations and Marketing from YMCA. 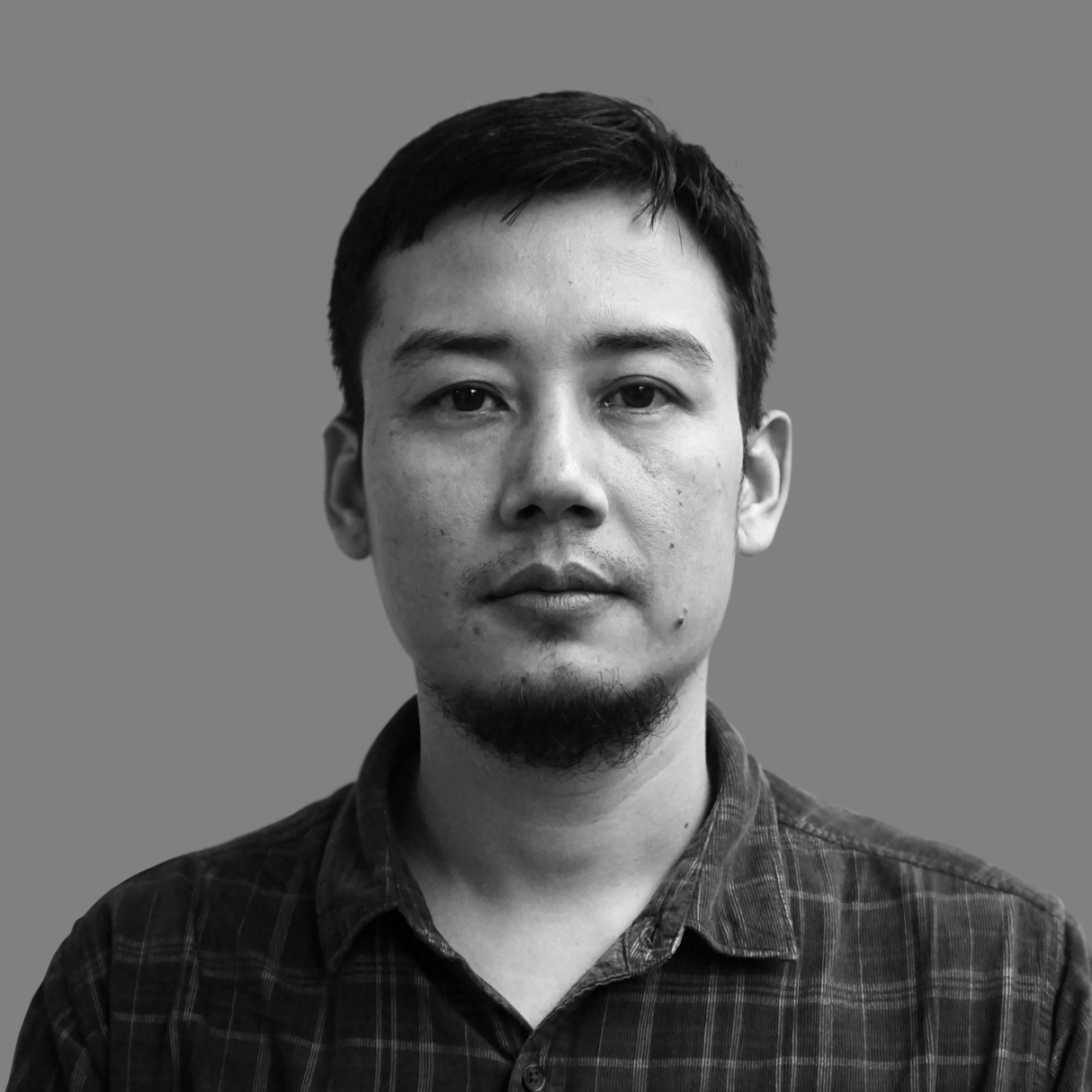 Biju started his career as a graphic designer while training with Tehelka, a news magazine. He later worked as a designer with an annual ideas event THINK, hosted by the publication. He has keen interest in photography and motor sports. 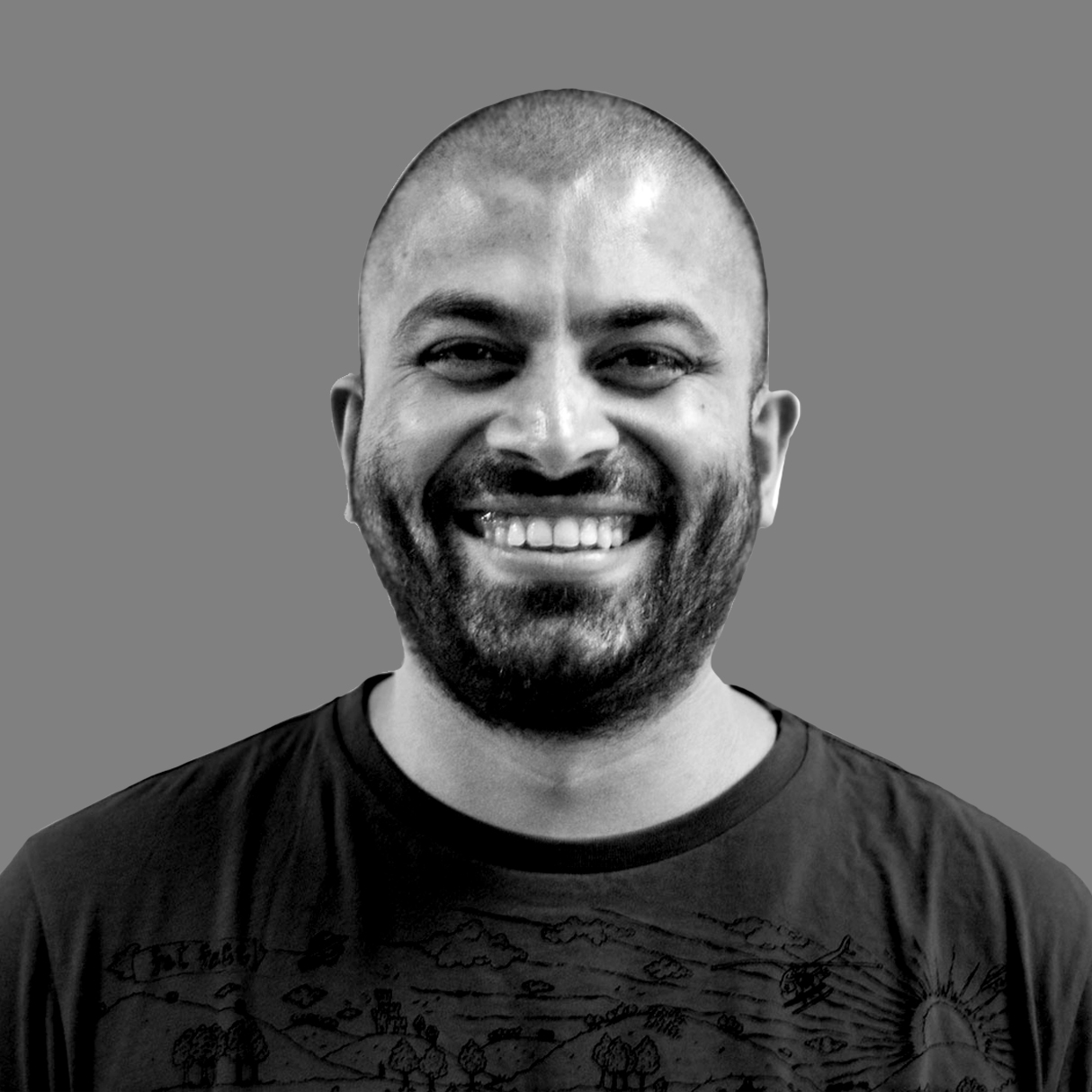 Vijit has been at the forefront of the insights and ideas space for well over a decade, revealing “Aha” moments and creating pipelines of future ideas – primarily new products and service propositions – for some of the world’s most well-known organisations and brands including the BBC, GE, HSBC, Levi’s, Porsche and Yum! Brands. He believes in blending ‘the three voices’ of the consumer, product and brand to better understand people’s needs and wants, and to create commercial success or social impact (ideally both), turning a well-known black-spot into a sweet spot for innovation. Vijit is the Founder of a specialist global co-creation agency, ‘I Wish’ and on the Advisory Board of renowned Norwegian Think (and Do) Tank, The World Institute of Slowness. 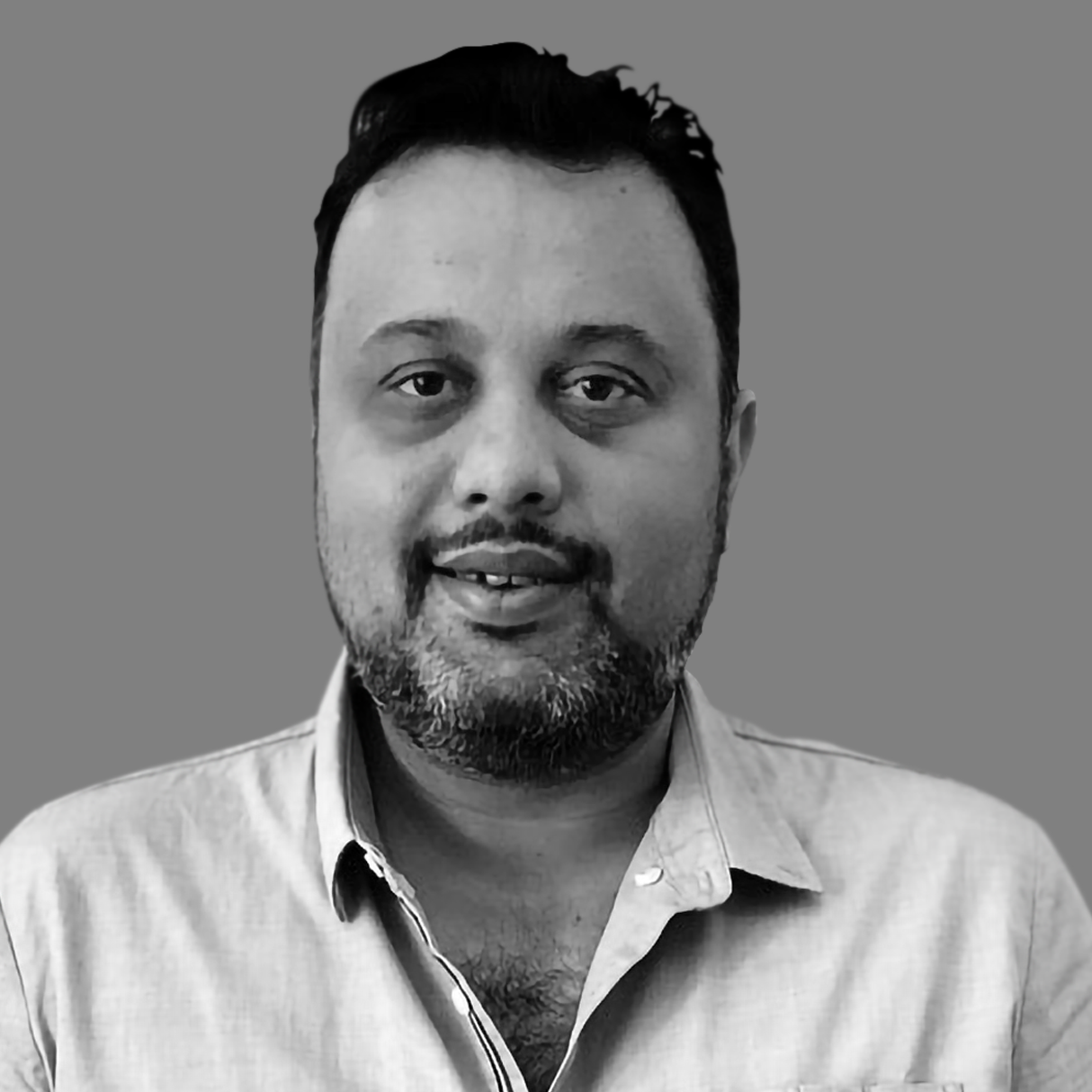 Sidharth has worked on some of the most recognisable brands in the world, including Budweiser, IndiGo Airlines, Royal Enfield Motorcycles Nike, Airbnb, Audi, Hyundai, Chevrolet, Kia Motors, Make-In-India (a Govt of India global initiative) Oberoi Hotels, FabIndia, Dalmia Cement, Cairn Energy and Mondelez. He believes that today commerce is at the intersection of design, technology and socio-cultural impact; resulting in corporations reconfiguring their purpose to help make the world a better place. Till 2018, he was Managing Director, Wieden+Kennedy, India and prior to that he held leadership roles across Australia and Singapore. In 2018, Sid also made the prestigious Campaign Magazine A-List as one of India’s top advertising and marketing professionals. 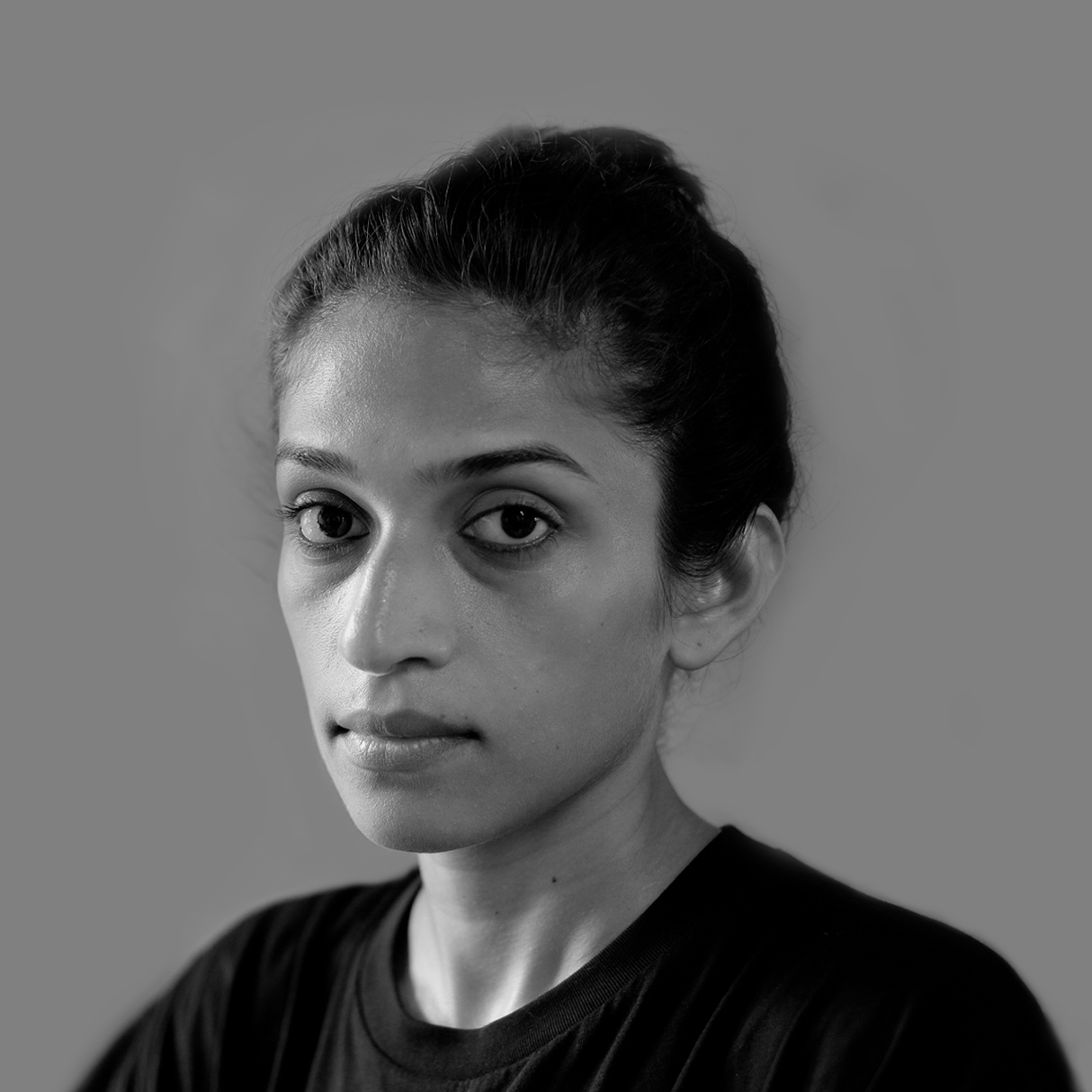 A graduate of the National Institute of Design, Devika worked in the publishing industry for several years. Working closely with writers, editors and designers, she helped create visually rich content in digital and print media for multiple audiences. She went on to train as a user experience designer at General Assembly in San Francisco, where she advanced her understanding of information architecture, content strategy and user research. This blend of Editorial and User Experience Design has helped Devika combine a holistic systems-level thinking with incisive storytelling instincts. She is interested in creating a highly effective, truly immersive experience around the way users interact with content. 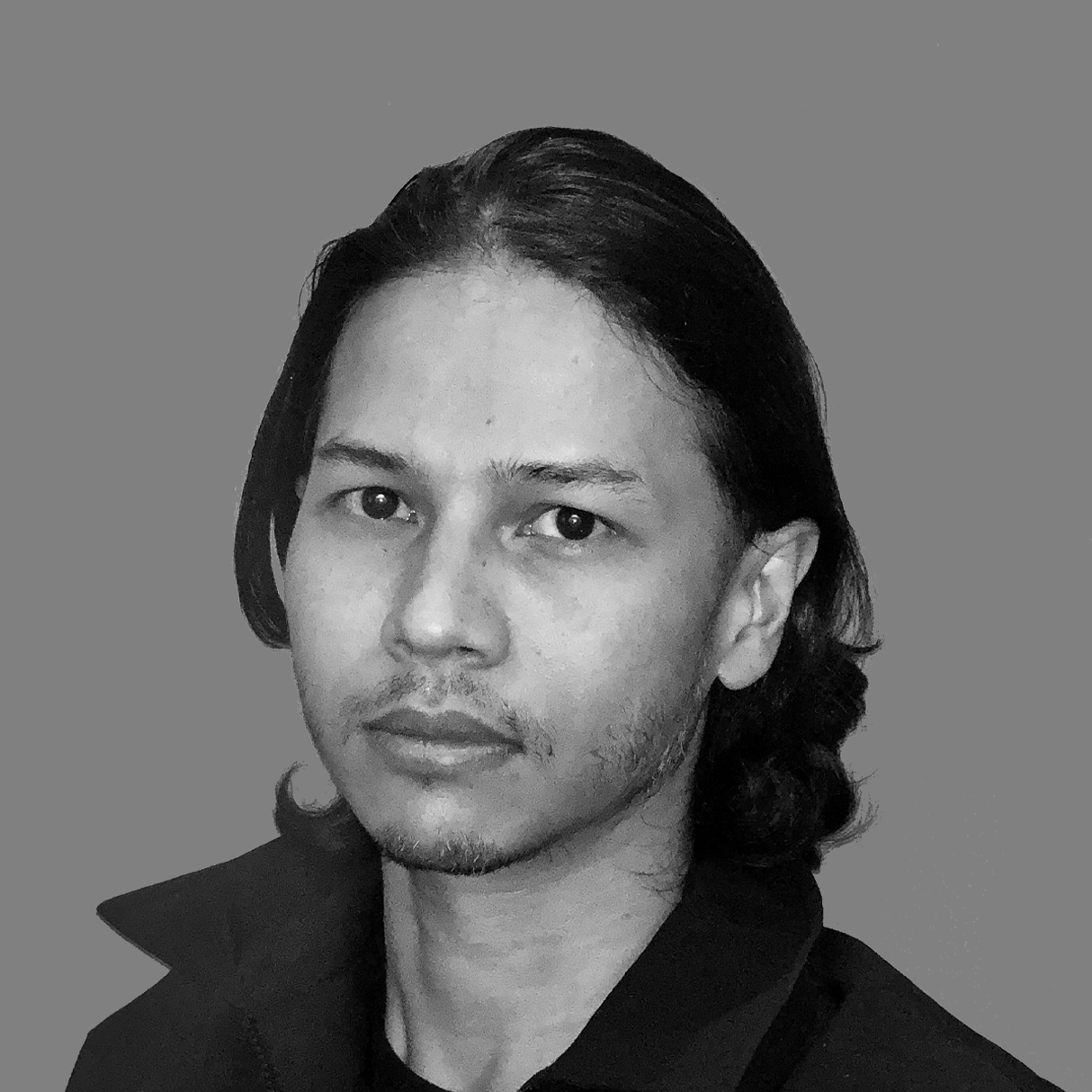 Allan is a musician who in the past has worked & organised live events, curated talents, ran a music blog and played in numerous bands. He has an eclectic taste and uncanny knack of discovering talent & music. Allan runs Unheard Music for BNT. 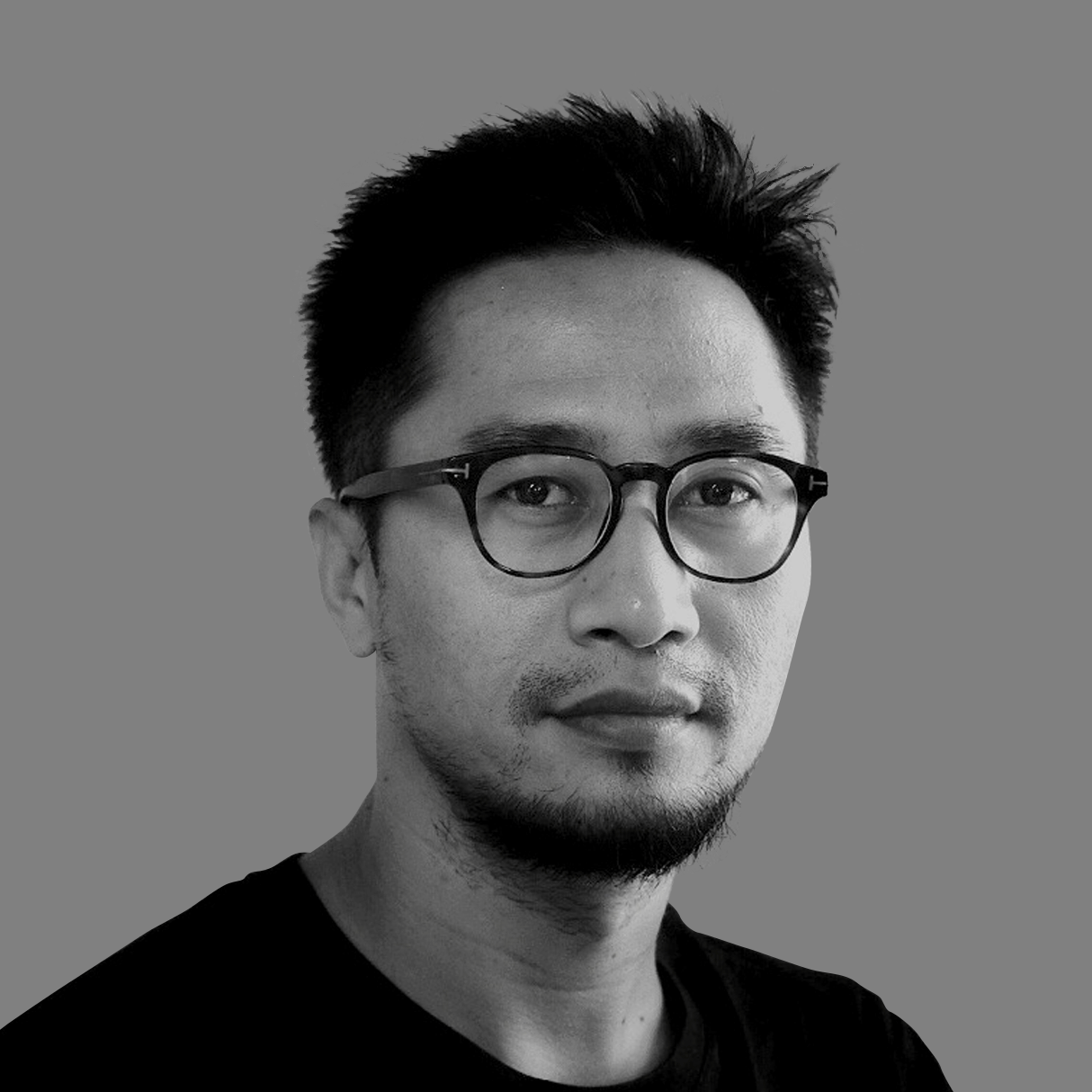 Neelakash is a typeface and graphic designer who has worked with some of the world’s best-known companies — Adobe, Google, Microsoft, Monotype, and Virgin comics to name a few. He has developed typefaces for Indian scripts working in close collaboration with Fiona Ross and John Hudson. His work centres around identity, culture, and multi-script typeface design. He studied graphic design at the National Institute of Design, India and has a Master’s degree in typeface design from the University of Reading, United Kingdom. 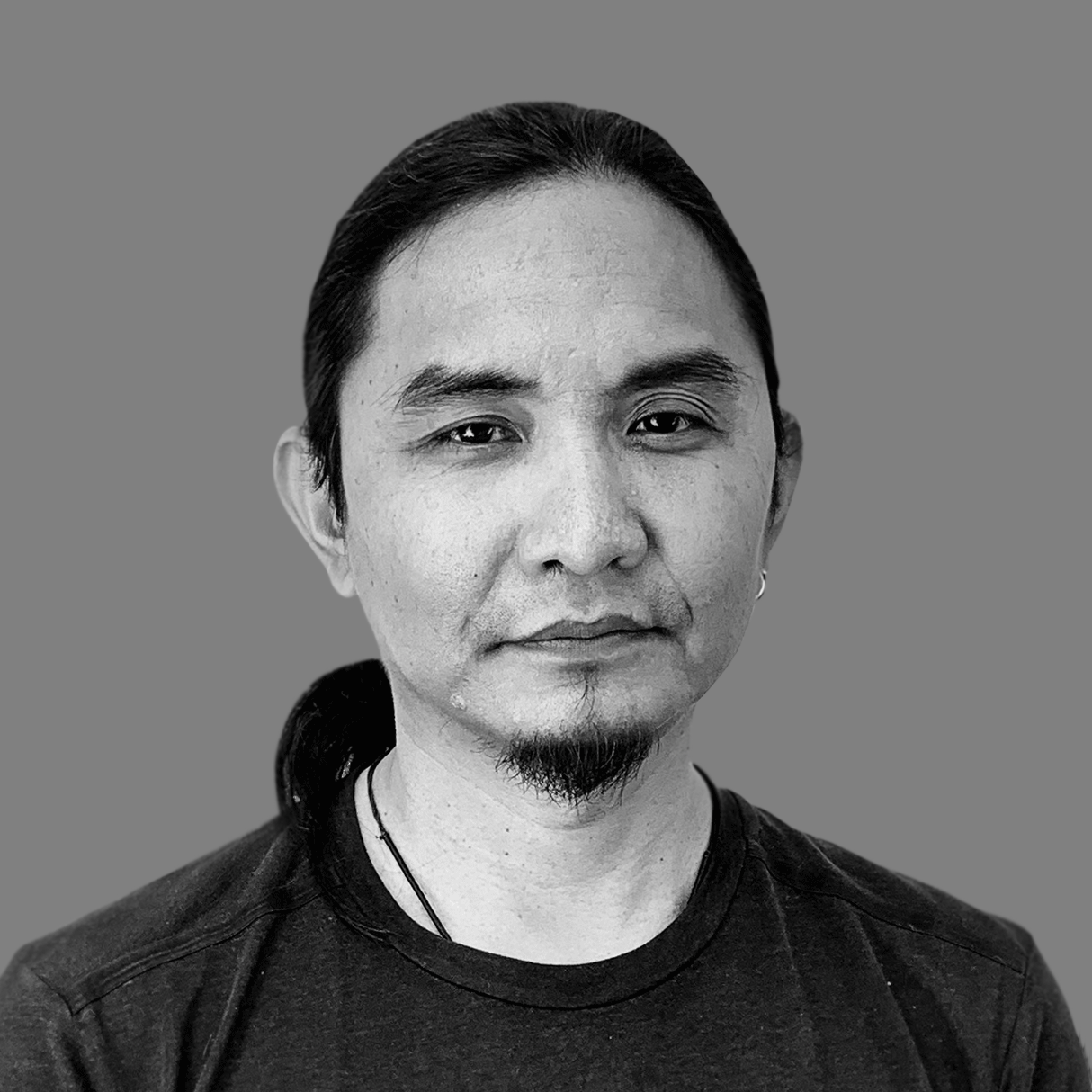 A graphic designer, typographer, and typeface designer, Naorem has over 20 years of experience in creating brand identity, editorial and typeface design. Naorem’s work has been commissioned by clients including Dorling Kindersley, The British Council Library, Picador, Harper Collins, National Geographic Channel, Microsoft, Alliance Francaise, Nestle, Google, The World Institute of Slowness (Norway), World Policy Journal (USA), and Pebble Road (Singapore). He is a graduate of the National Institute of Design, India, and has attended the Type@Cooper program at the Cooper Union, New York City. Naorem is also a visiting faculty of Communication design at the National Institute of Design. 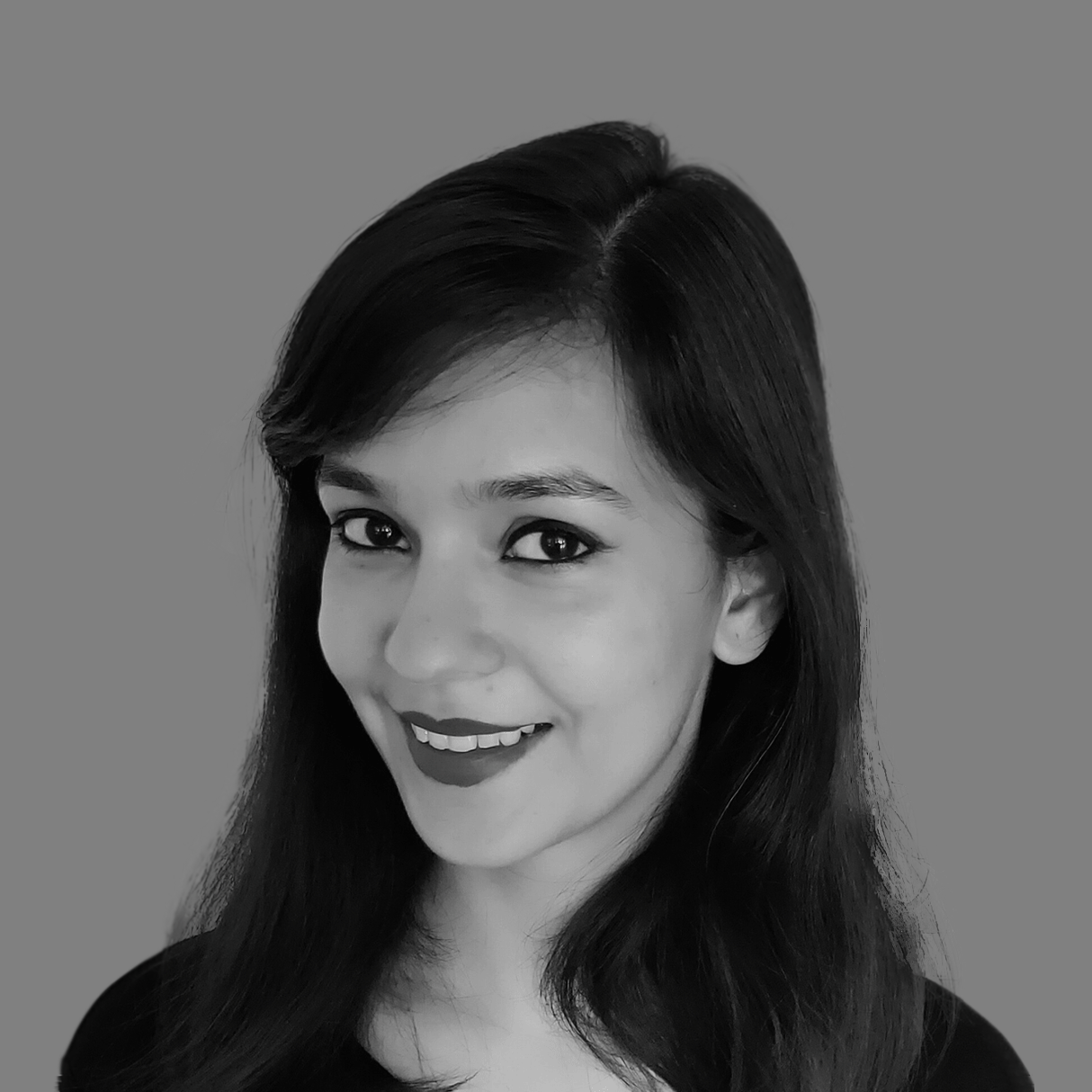 Malavika is a creative octopus with over 10 years of experience in advertising, journalism, and brand-building. She started her career as a financial journalist with Bloomberg L.P., which gave her strong writing skills, a head for business, and a lot of frequent flier miles. More recently, Malavika has worked in the advertising industry, helping give brands like IndiGo, Fabindia, Royal Enfield, Pepsico, and Nestle a fresh voice. She has a Bachelor's degree in journalism from the University of Delhi, India, and a post-graduate diploma in journalism from the Indian Institute of Mass Communication. 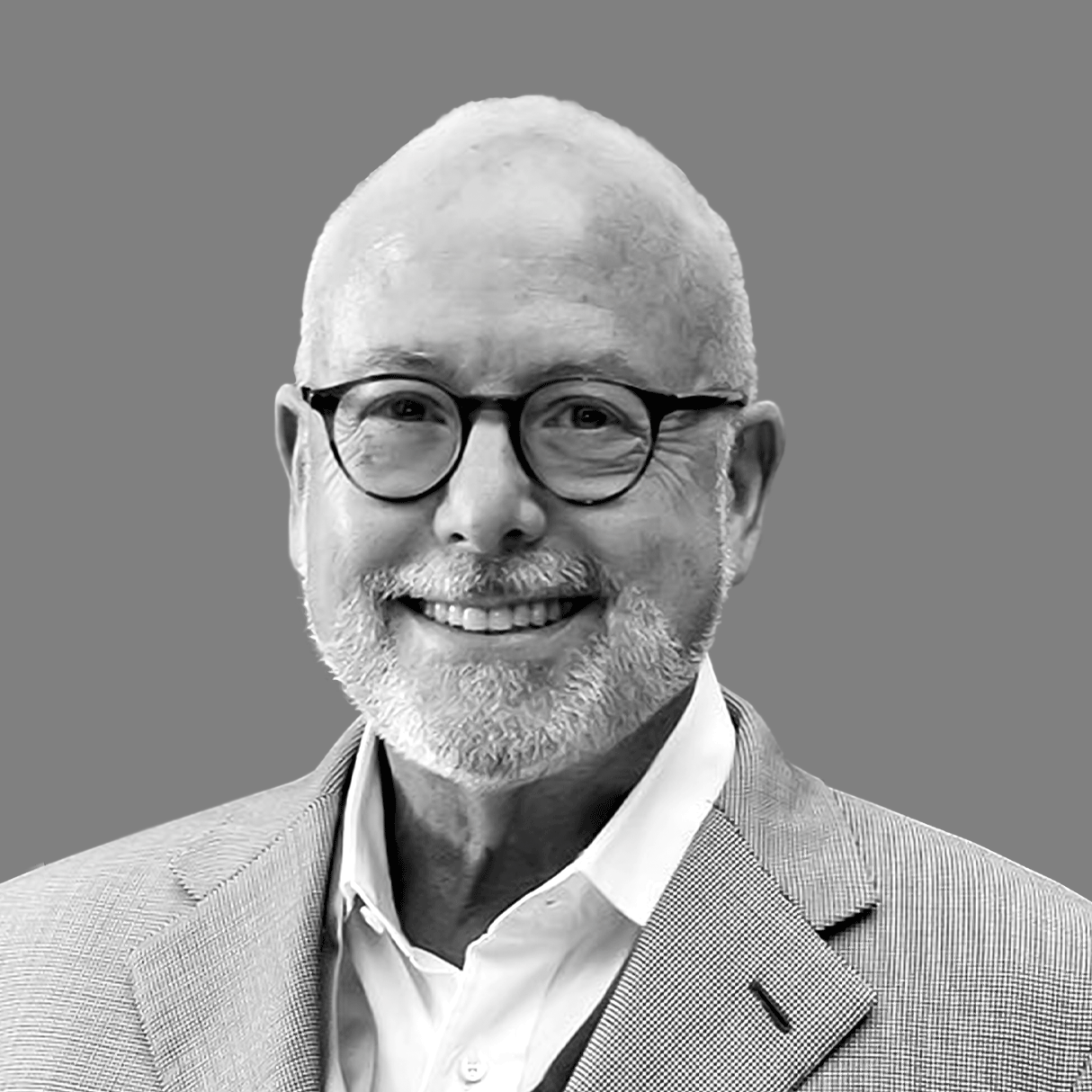 Roger Black is known for staying slightly ahead of societal and technological changes. A publication designer at Rolling Stone in the 70s and The New York Times in the 80s, he was an early adapter of “desktop publishing,” with Smart. In the mid-90s, he led the design of innovative content-rich web sites such as MSNBC.com and @Home. Some of his early thinking about the Internet was reflected in a book, “Web Sites that Work” (Macmillan. 1996). While responsible for the design of a number of major web sites, including Bloomberg.com, Black keeps a hand in the “old” media, with the current design of the Washington Post newspaper—as well as its web site. In Asia he art directed a group of magazines in Hong Kong, the Tatlers, and launched another. He is a partner in the Font Bureau, founded in 1989. He is a director of Type Network, which was launched in 2016. Roger is the editor of TYPE, a print magazine and website for fonts, typography, calligraphy, sign painting — letterforms of all kinds. 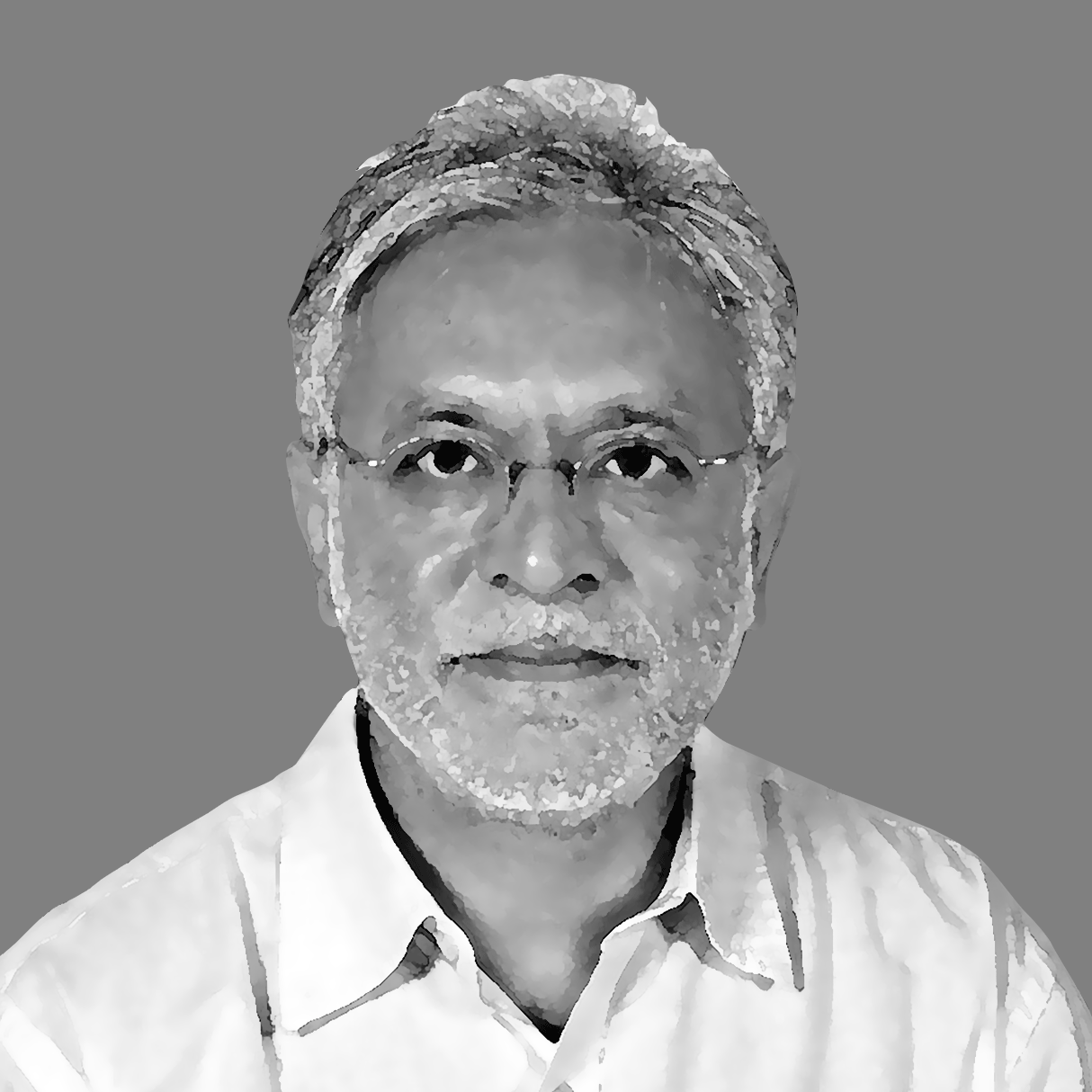 Aurobind Patel was a latecomer to typography having strayed into its captivating web during a publishing project while a student at Harvard Business School. This led him to the rather foolhardy move to quit business school to study design. An early revelation in his design education was understanding that the roots of typography lay buried in handwriting and well formed shapes. Between 1977 to 1982 fortuitous encounters with remarkable influencers like Dietmar Winkler, Ed Rondthaler, Milton Glaser, Roger Black, James Von Ehr, among others fuelled his passion for typography and the ways in which the written words are printed on a page. In 1982 he joined India Today in Delhi and led the gradual process of revising its design while helping a technical team implement Atex, the first magazine pagination system in the country. He served as the Design Director of The Economist in London from 1987 to 1999 straddling his passion for typography, design and technology. Back in India since 2000, Aurobind divides his time between design assignments and gazing at forms and counter forms. 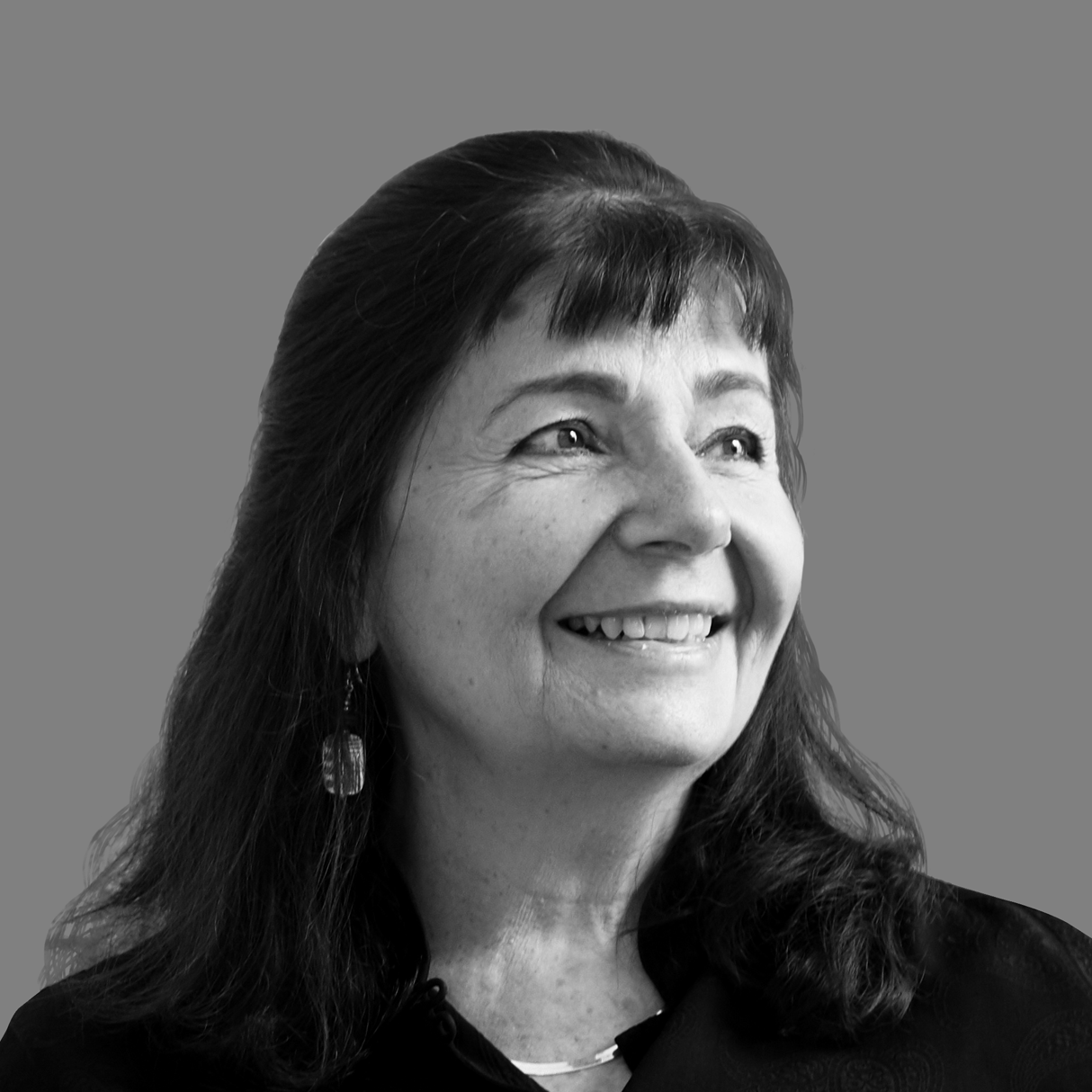 Fiona Ross specialises in type design and typography principally for South Asian, Arabic and Thai writing systems, having a background in languages with a PhD in Indian Palaeography (SOAS, London University). She works as a consultant, type designer, author, and lecturer; her recent design work has been in collaboration with Tim Holloway, John Hudson and Neelakash Kshetrimayum for clients such as Ananda Bazar Patrika, Adobe, Google, Microsoft, Monotype and with Harvard University Press for the Murty Classical Library of India project. Fiona is a part-time member of staff of the Department of Typography and Graphic Communication at the University of Reading (UK), where she is Professor in Type Design and Curator of the Department's Non-Latin Type Collection. In 2014 Fiona received the SoTA Typography Award and in 2018 the TDC Medal. She is currently running a Leverhulme-funded research project ‘Women in type’ at the University of Reading. 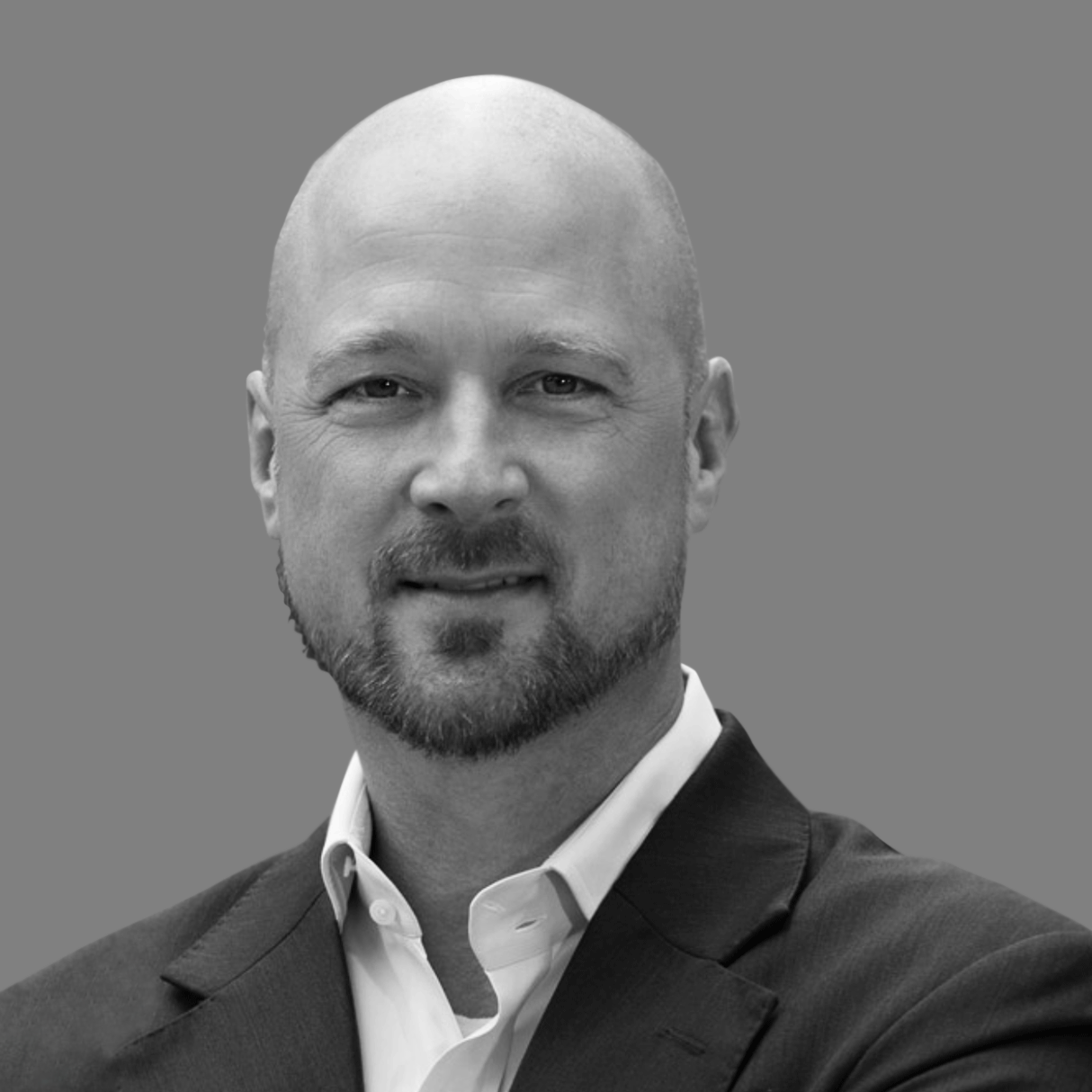 Chris Foster is Founder/CEO of FosterEquity, an early stage investor in companies focused on new media, blockchain, and societal innovation. For the previous 20 years Chris has been in senior leadership roles at global advertising companies at the cutting edge of creativity and media. A multiple award-winner at the Cannes Lions International Festival of Creativity, Chris was most recently President of Y&R Asia based in Singapore. At Publicis Groupe he was President of Global Clients, leading collaboration across creative, digital, media, commerce, and consulting, and leader of the Groupe’s forum for strategic thinking, operational improvement, and accelerating growth. His roles at Saatchi & Saatchi included Global COO, CEO of AsiaPacific and Greater China, CEO of Fallon USA, Head of Procter & Gamble Business, and leader of a global team of 400 people on Tide. Chris has a record for sustainable growth across clients, agencies and markets, principally across the USA and Asia.