Fiona Ross was commissioned in 2015 by the Kolkata publishing house Anandabazar Patrika (ABP) to design a new Bengali text typeface for its daily newspaper and other publications. The brief was to create a digital design in two weights (Regular and Bold) to complement the existing ABP text typeface (originally designed by F.Ross and Tim Holloway) by providing an alternative voice for textual composition. Ross’s research into developing a suitable new design in collaboration with Neelakash Kshetrimayum built on her research of Bengali typeforms that had informed her doctoral studies.

A particular foundry [metal] typeface, Bengali No. 5, documented by Ross and used by ABP during the pre-mechanised era of typography, exhibited features that could form the foundation of an original new design. For its development, research was conducted into: (a) the required character set: contemporary newspaper composition required the design of many additional characters not covered in Bengali No. 5, resulting in c. 450 characters; (b) the fitting: economies of space, to avoid excessive interlinear spacing in newspaper columns, needed to be achieved by optimising character heights and yet retaining the graceful ascenders; (c) the texture: while ensuring the ‘inkiness’ of the foundry type was evident in the softened junctions and finials, the stroke contrast and counter size were tested and adjusted to effect readability at small text sizes on newsprint – the Bold weight needed to work at various sizes even for the most intricate characters; (d) the desired aesthetics: utilising the features of current OpenType font technology, contextual forms were introduced that echo solutions found in Bengali manuscript practice that had not been available to metal type. Font production was undertaken by John Hudson of Tiro Typeworks. ABP 2015 Regular and Bold was first employed in March 2017 for the leading Bengali daily newspaper Ananda Bazar Patrika, (circulation over 1 million) specifically in its cultural section for text and headings. 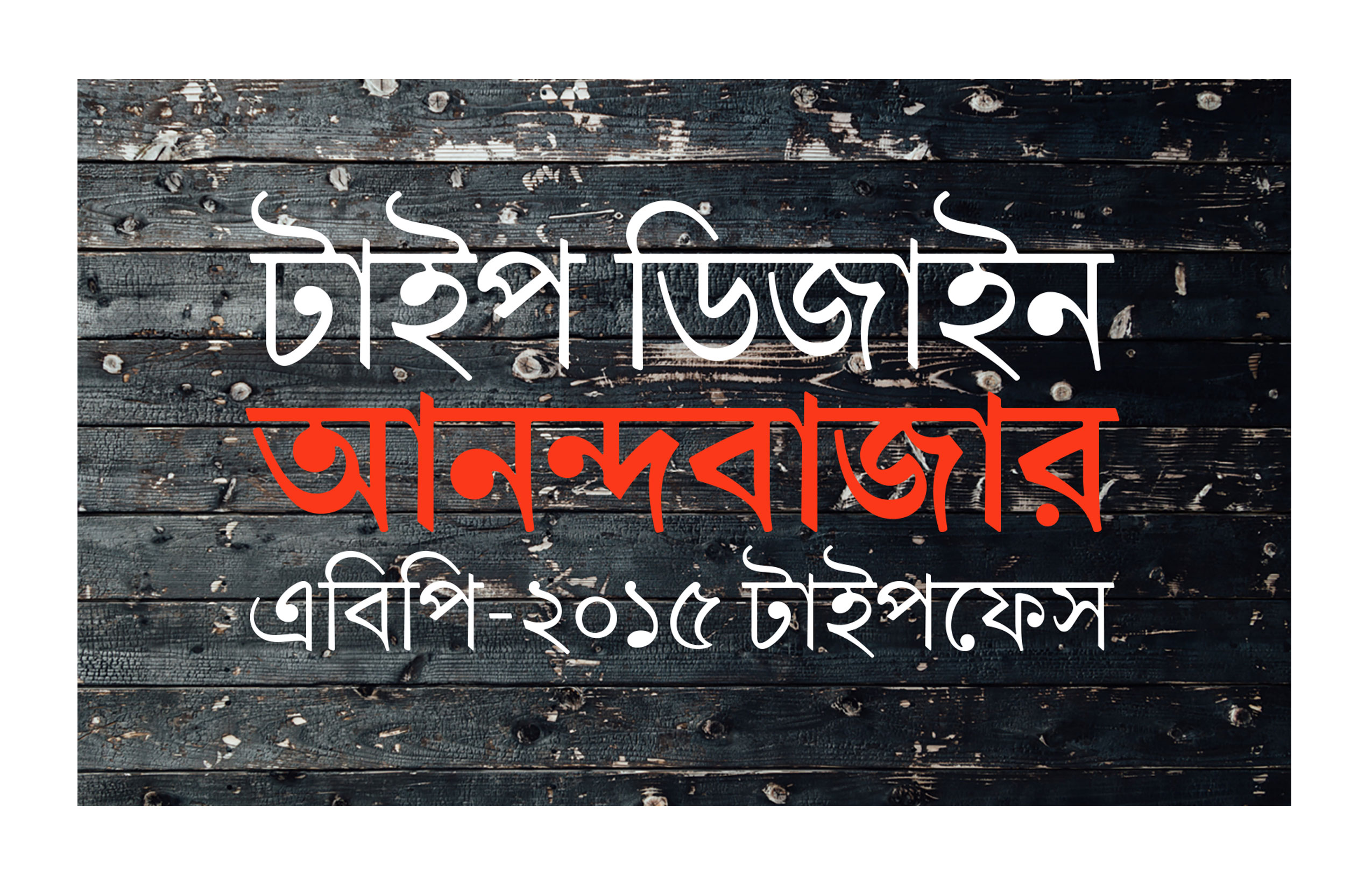 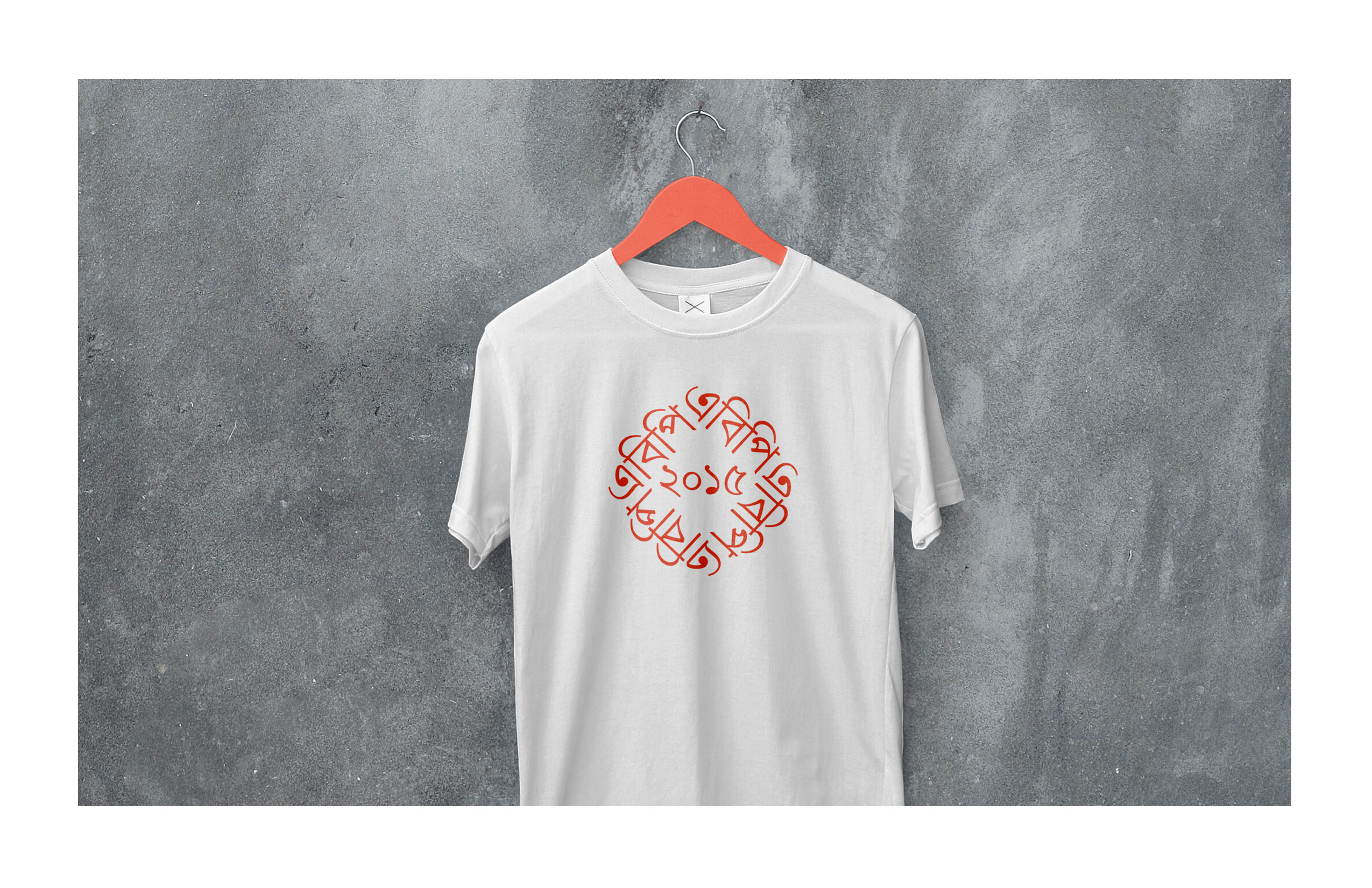 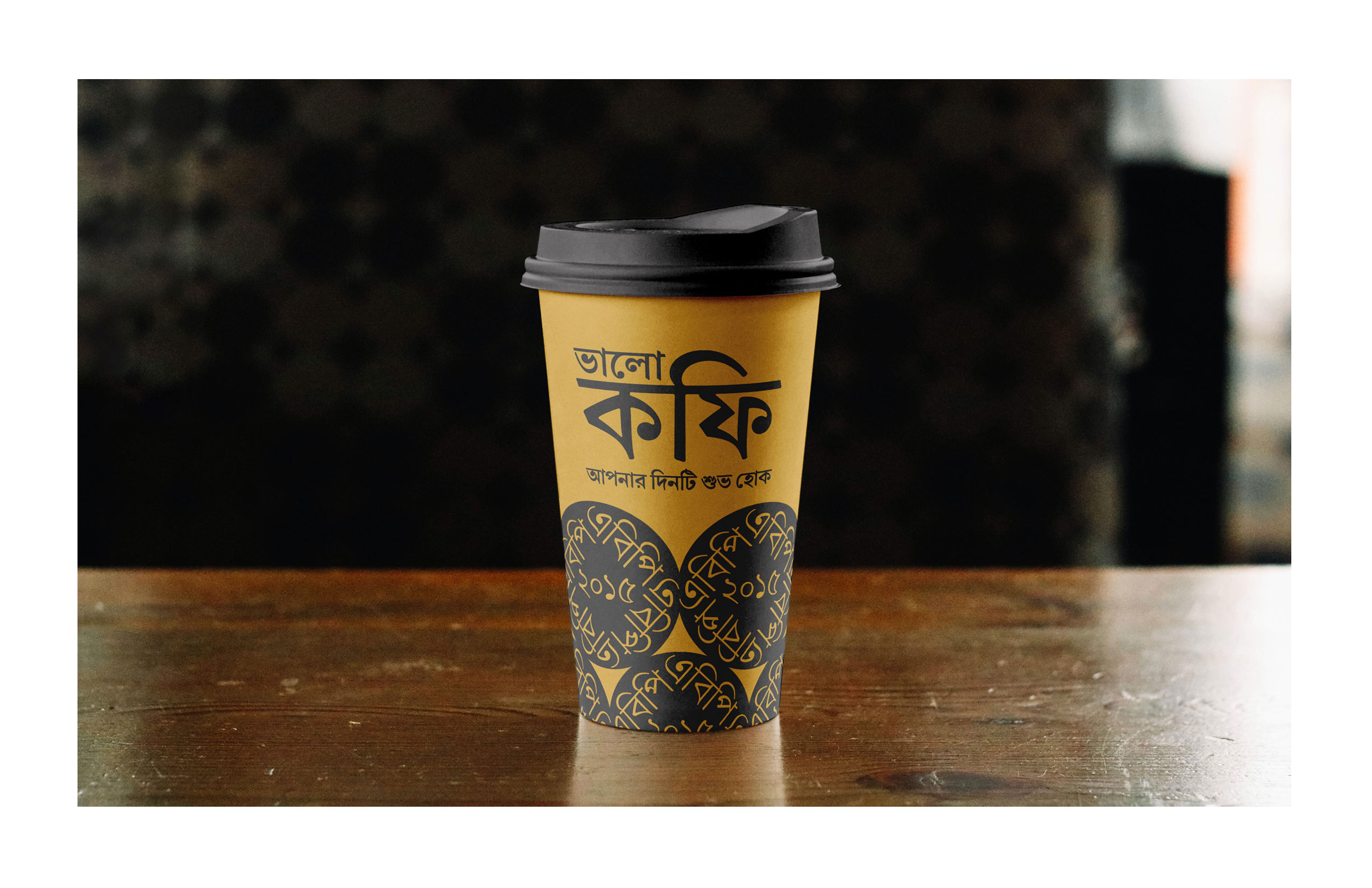 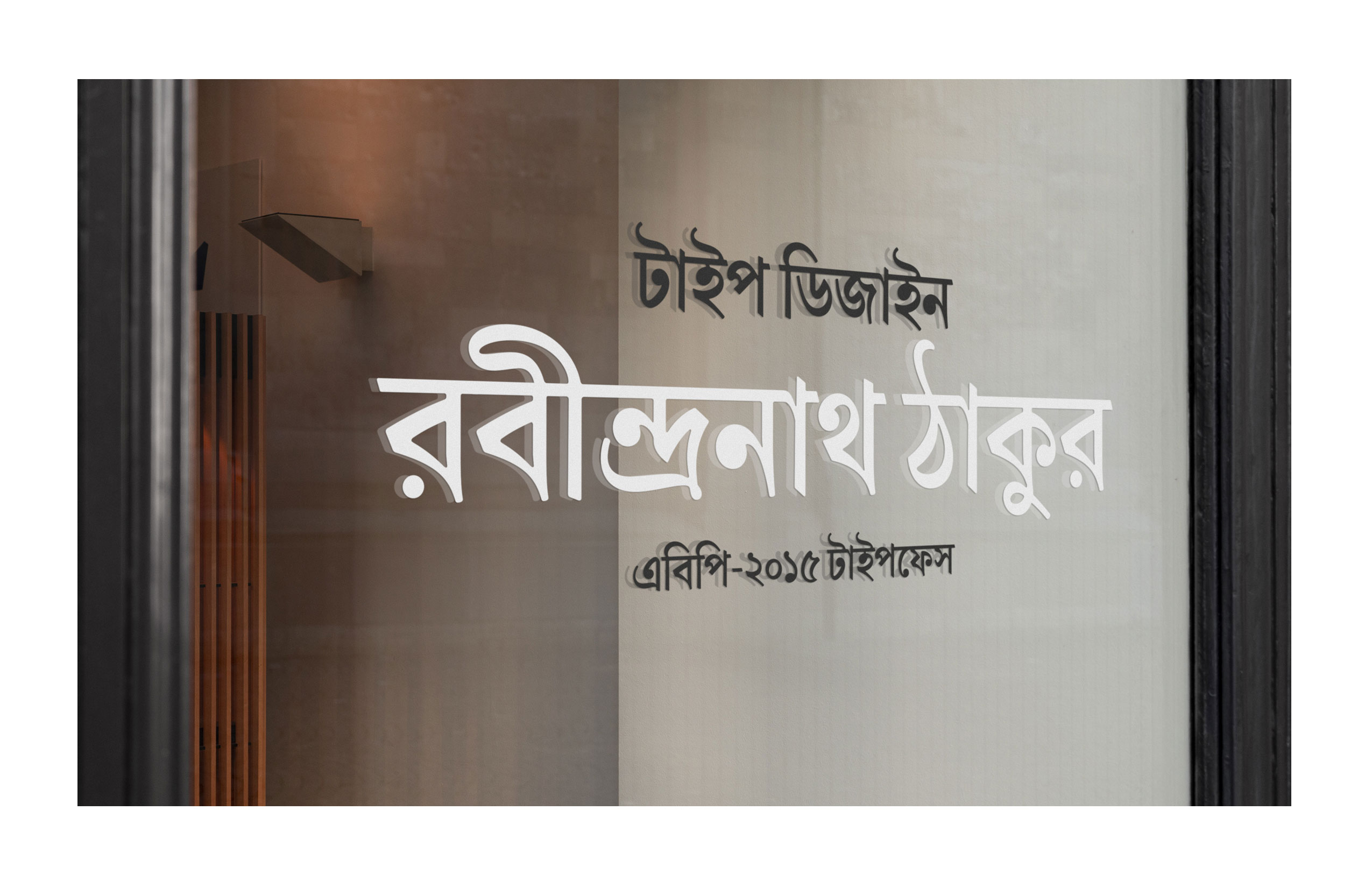 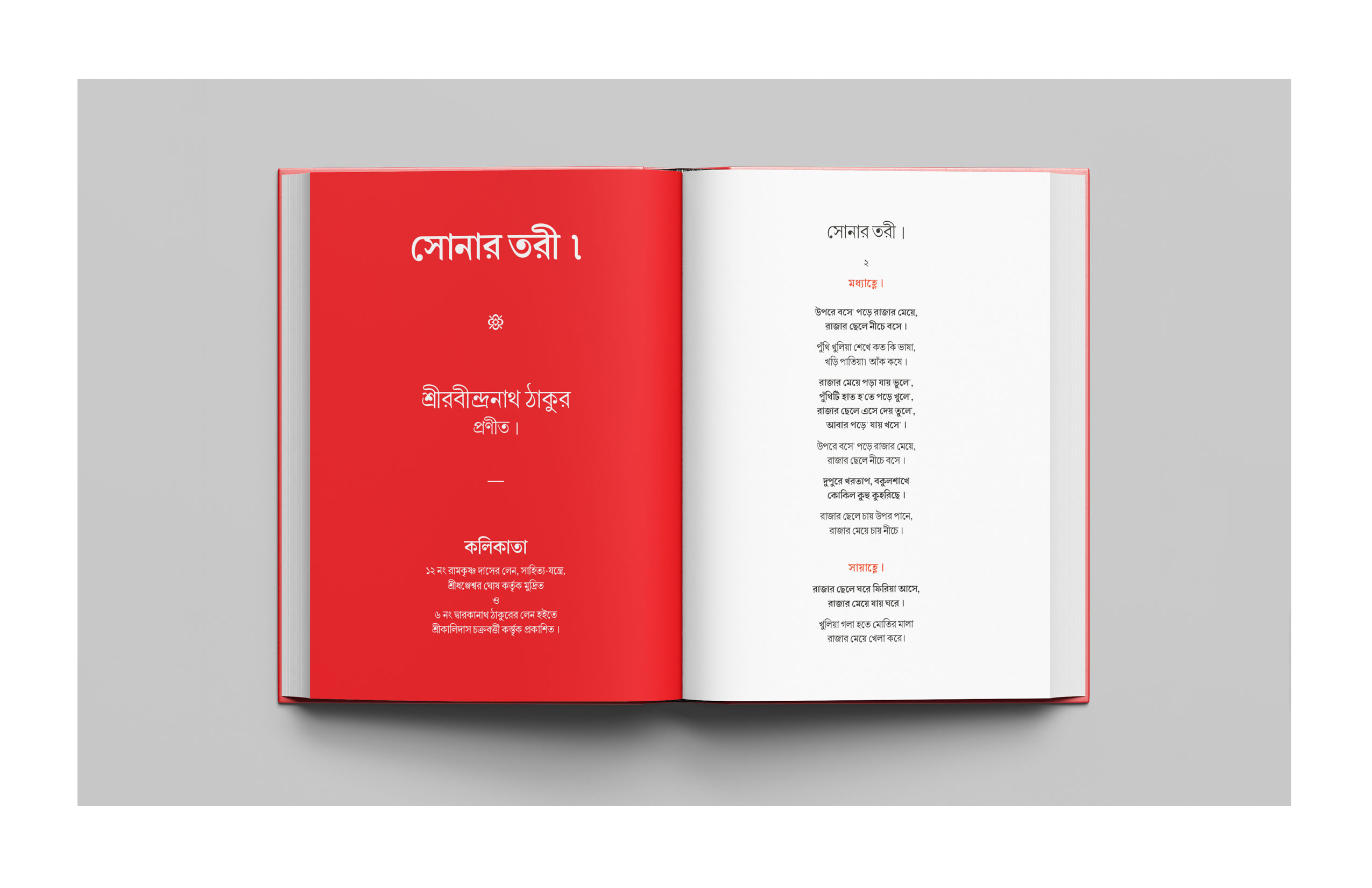 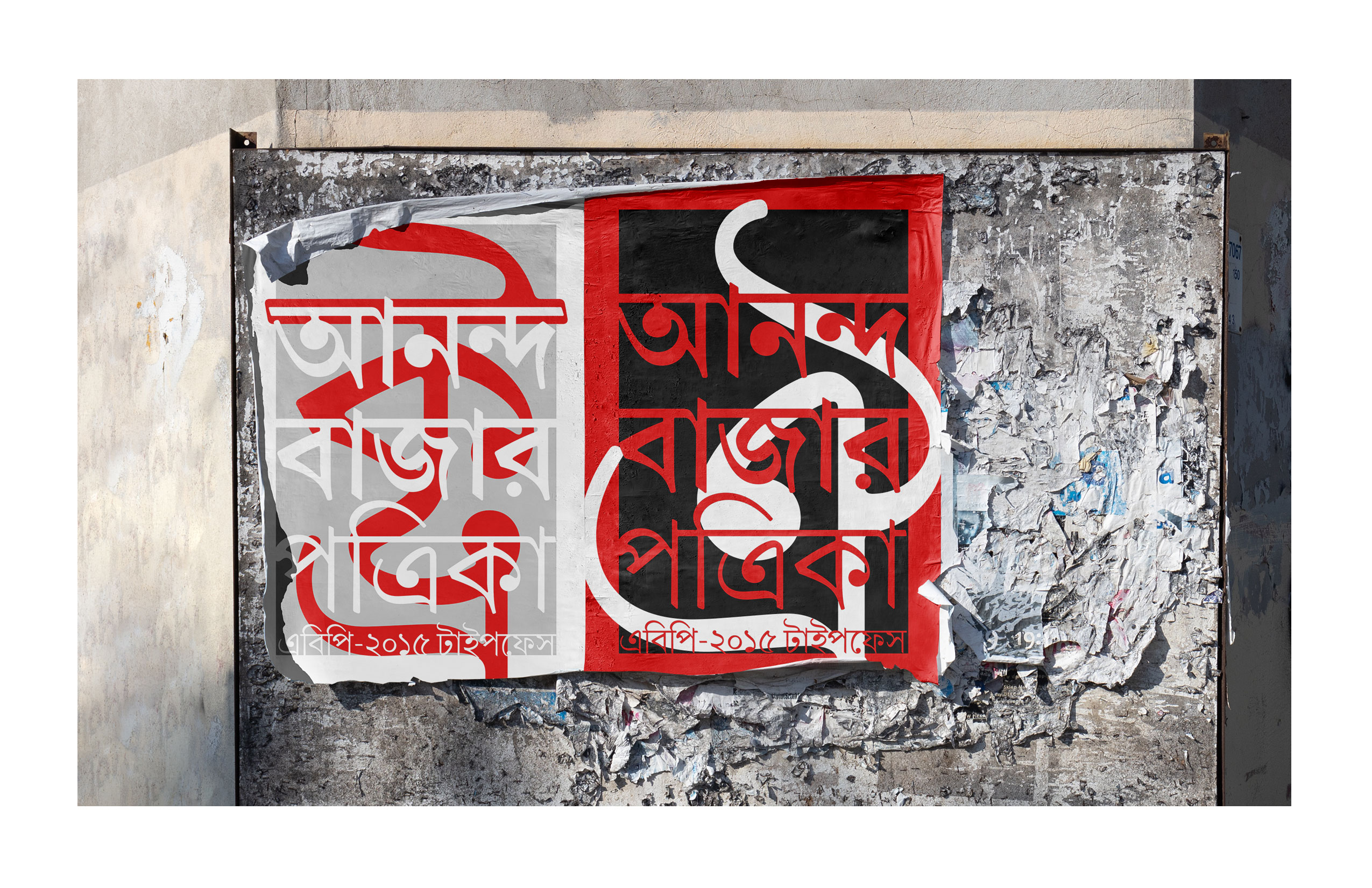 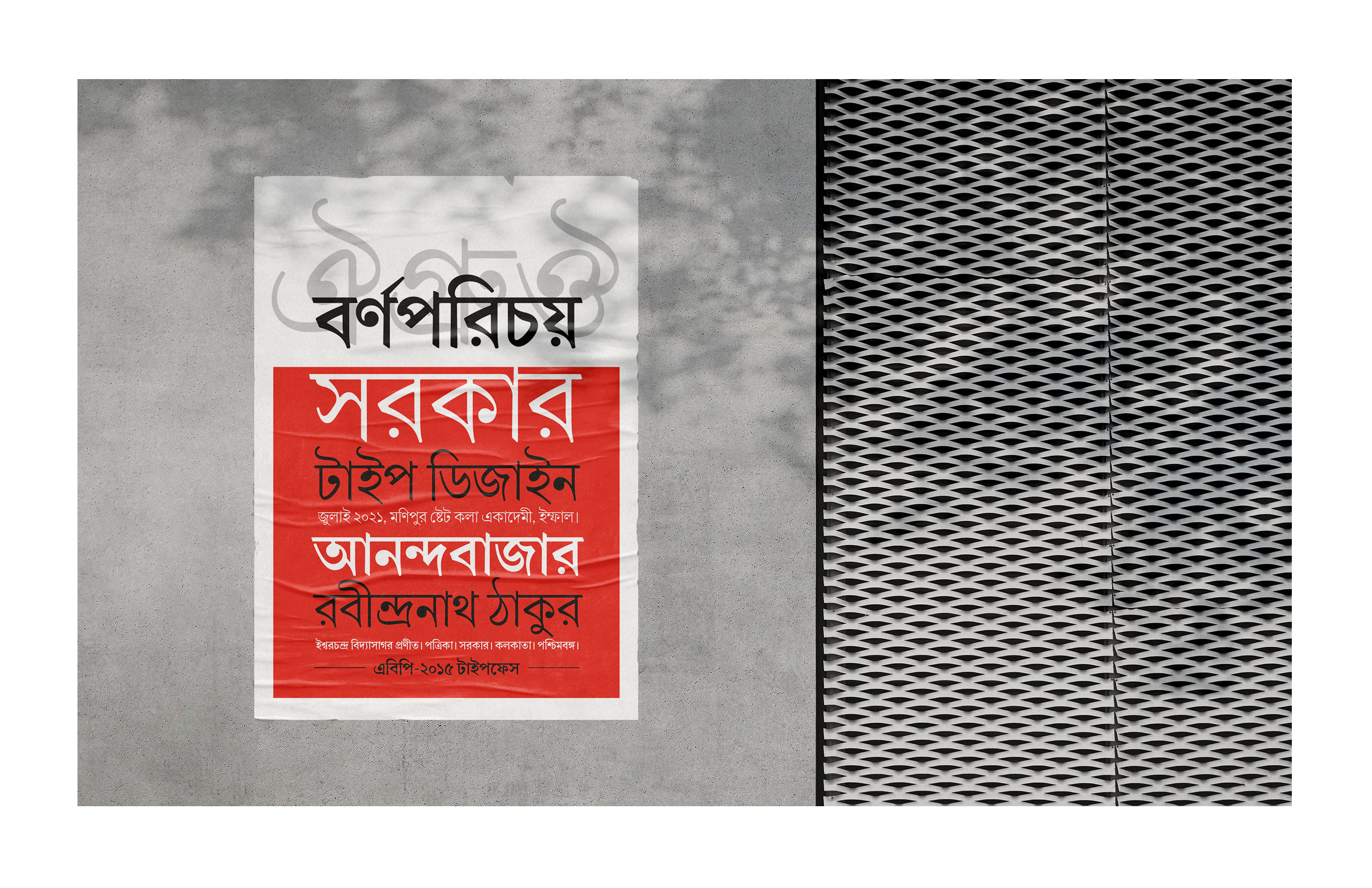 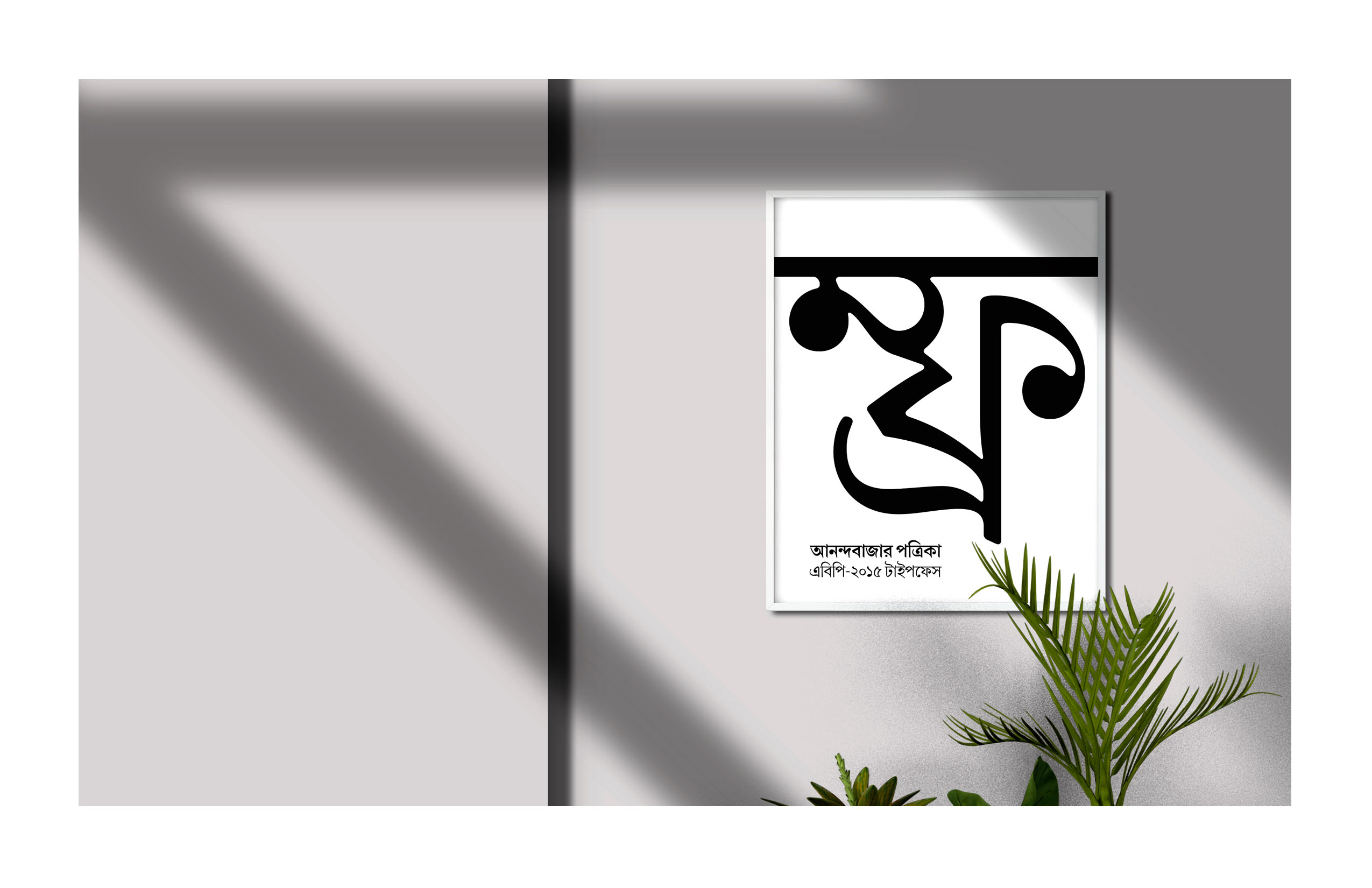 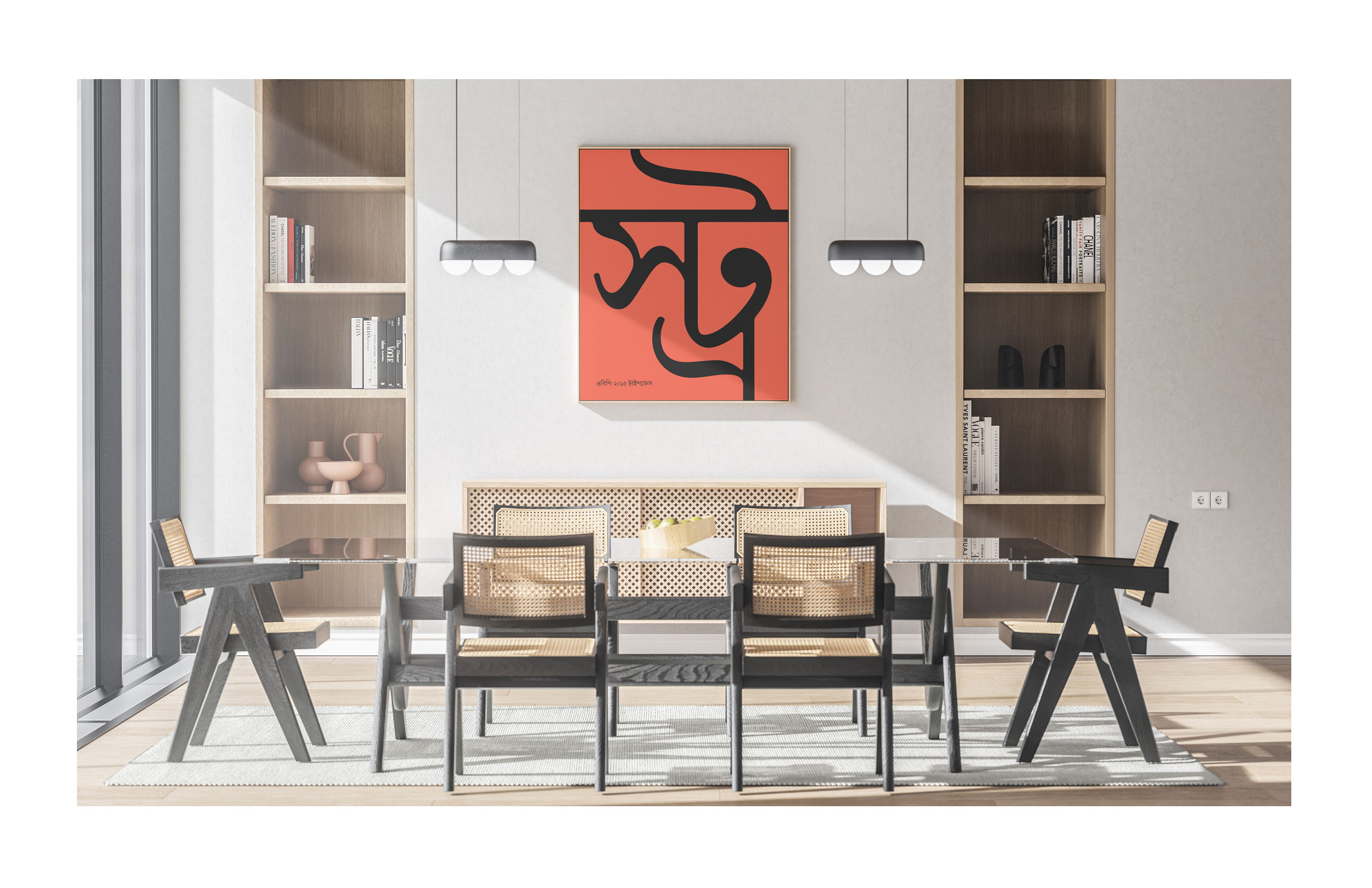 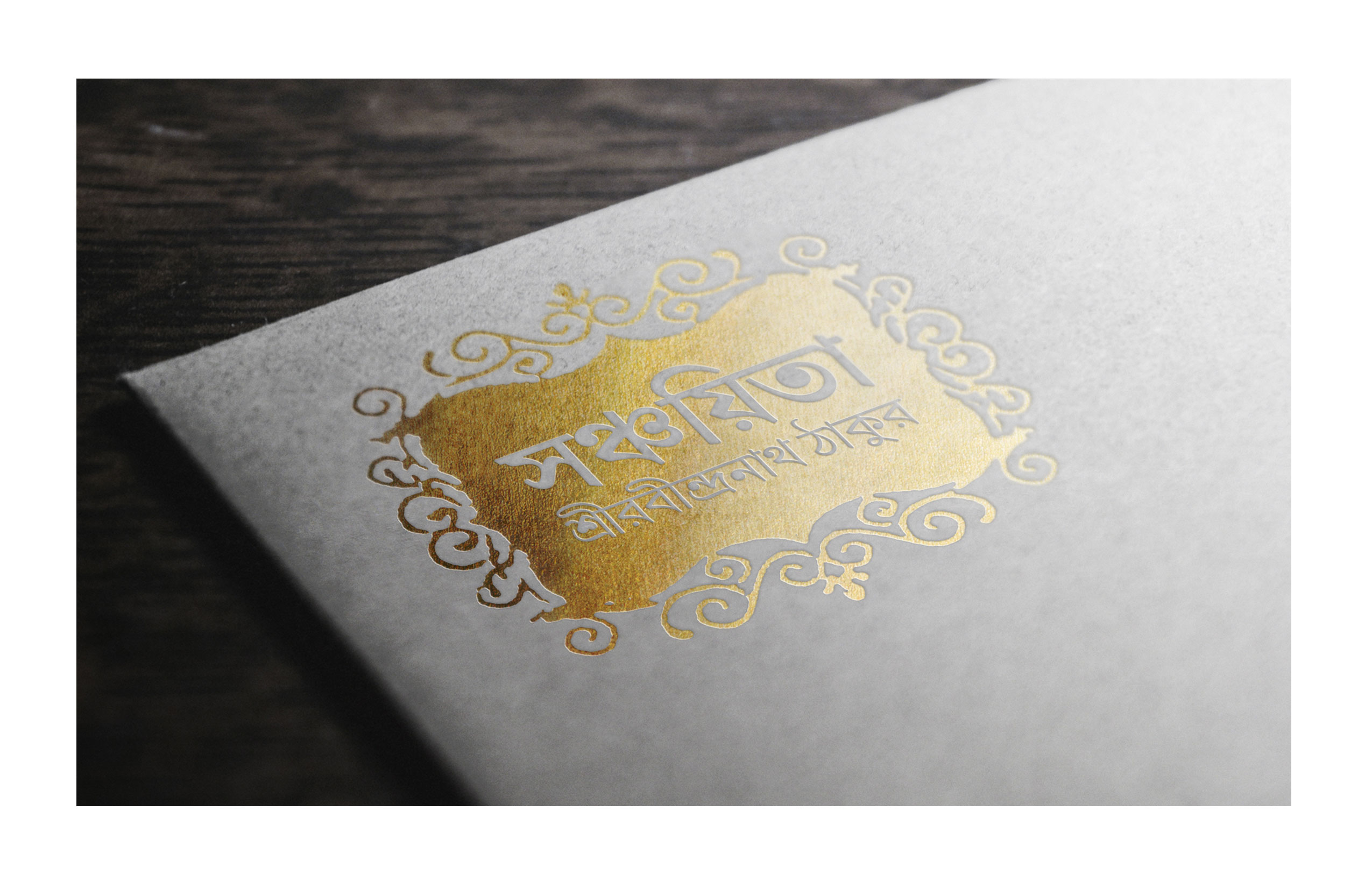 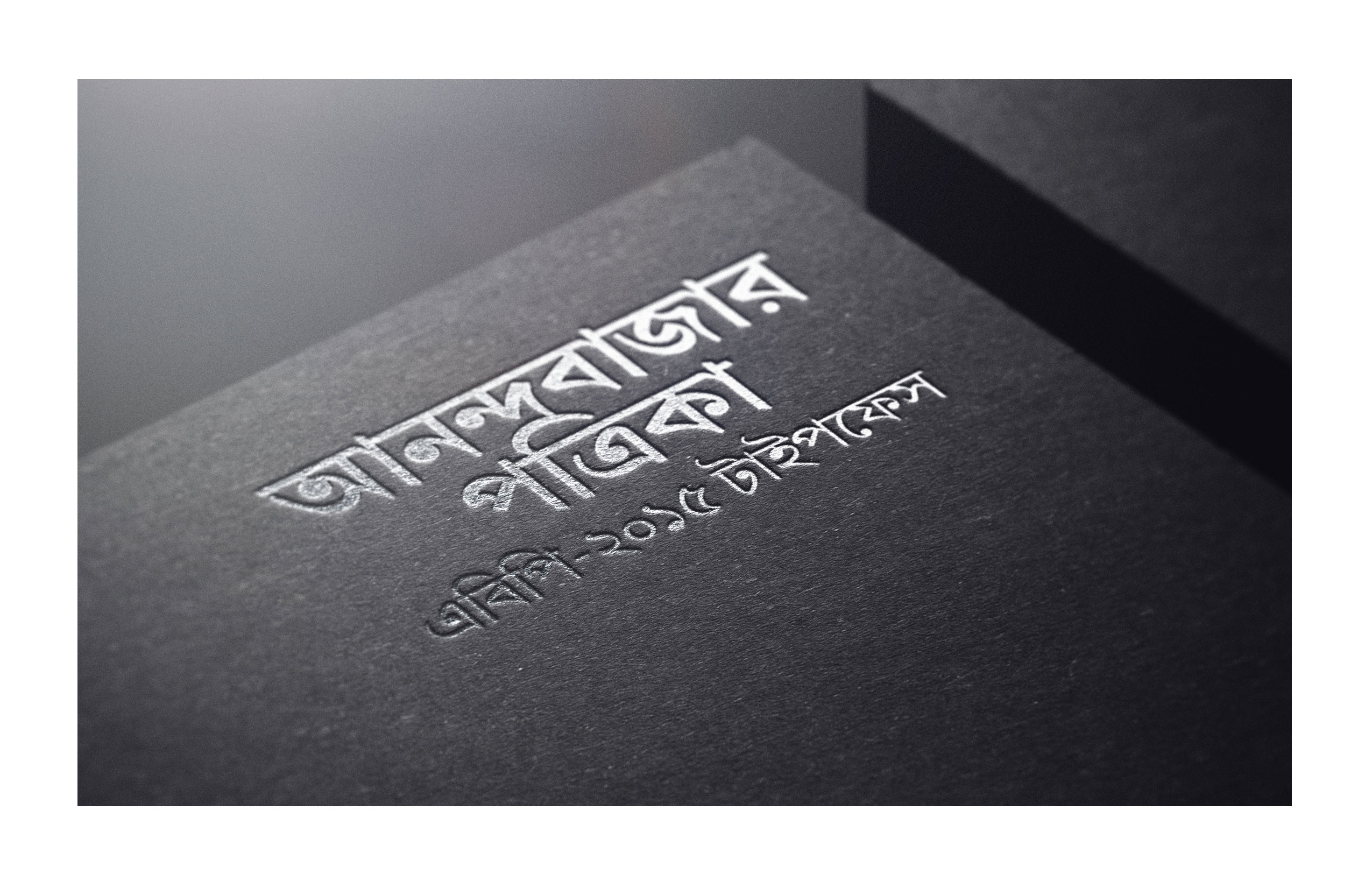 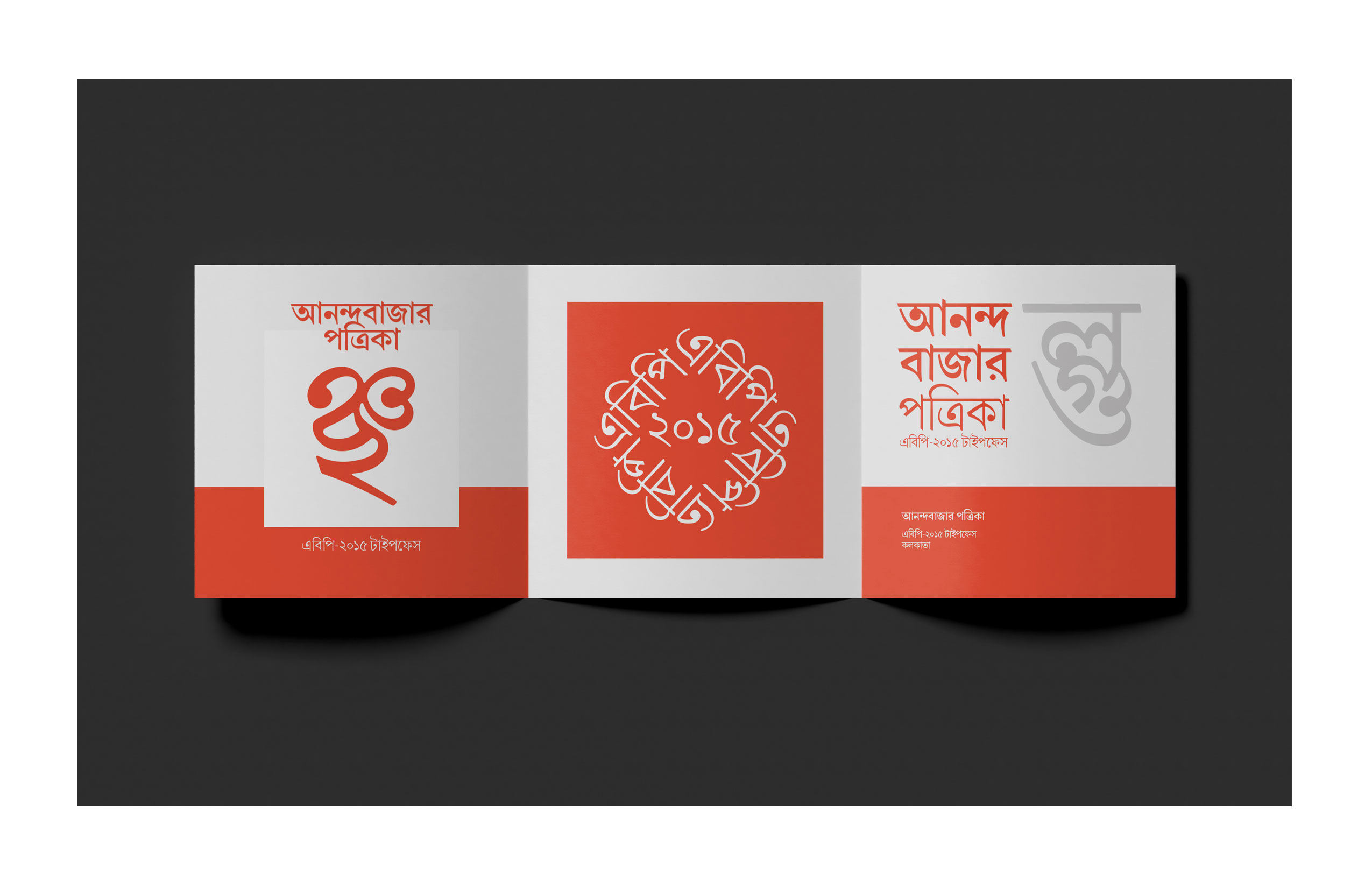 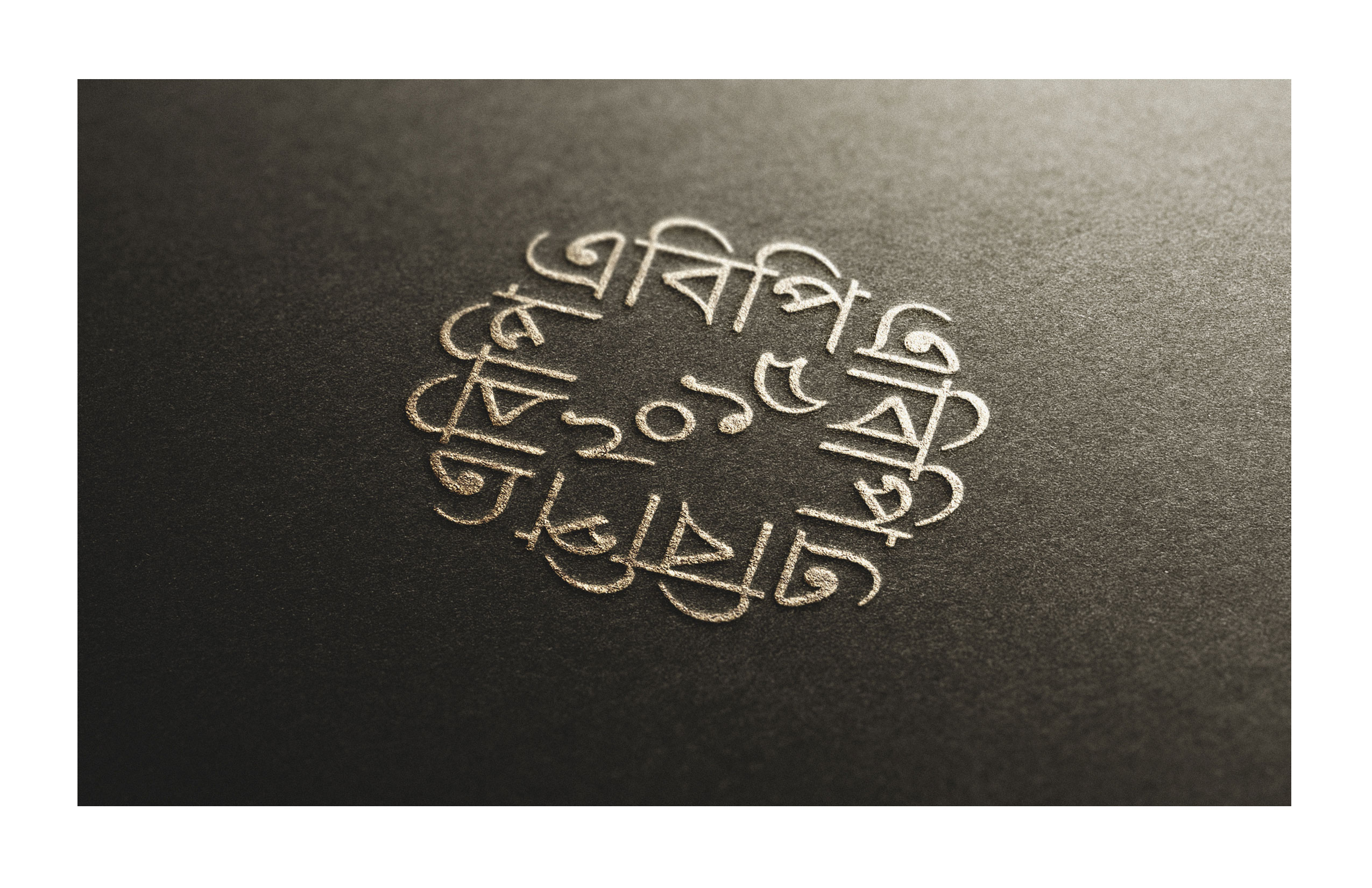 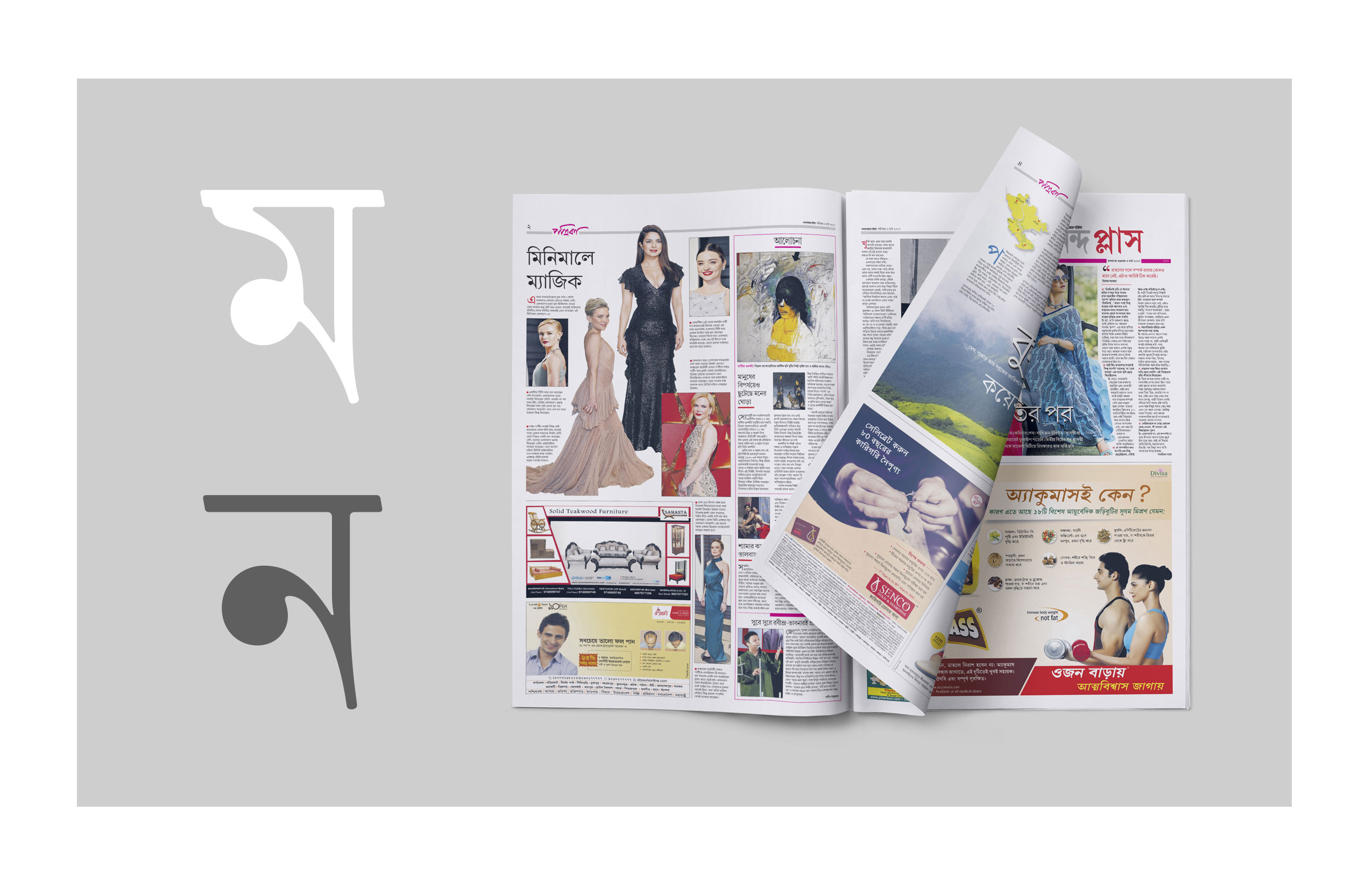 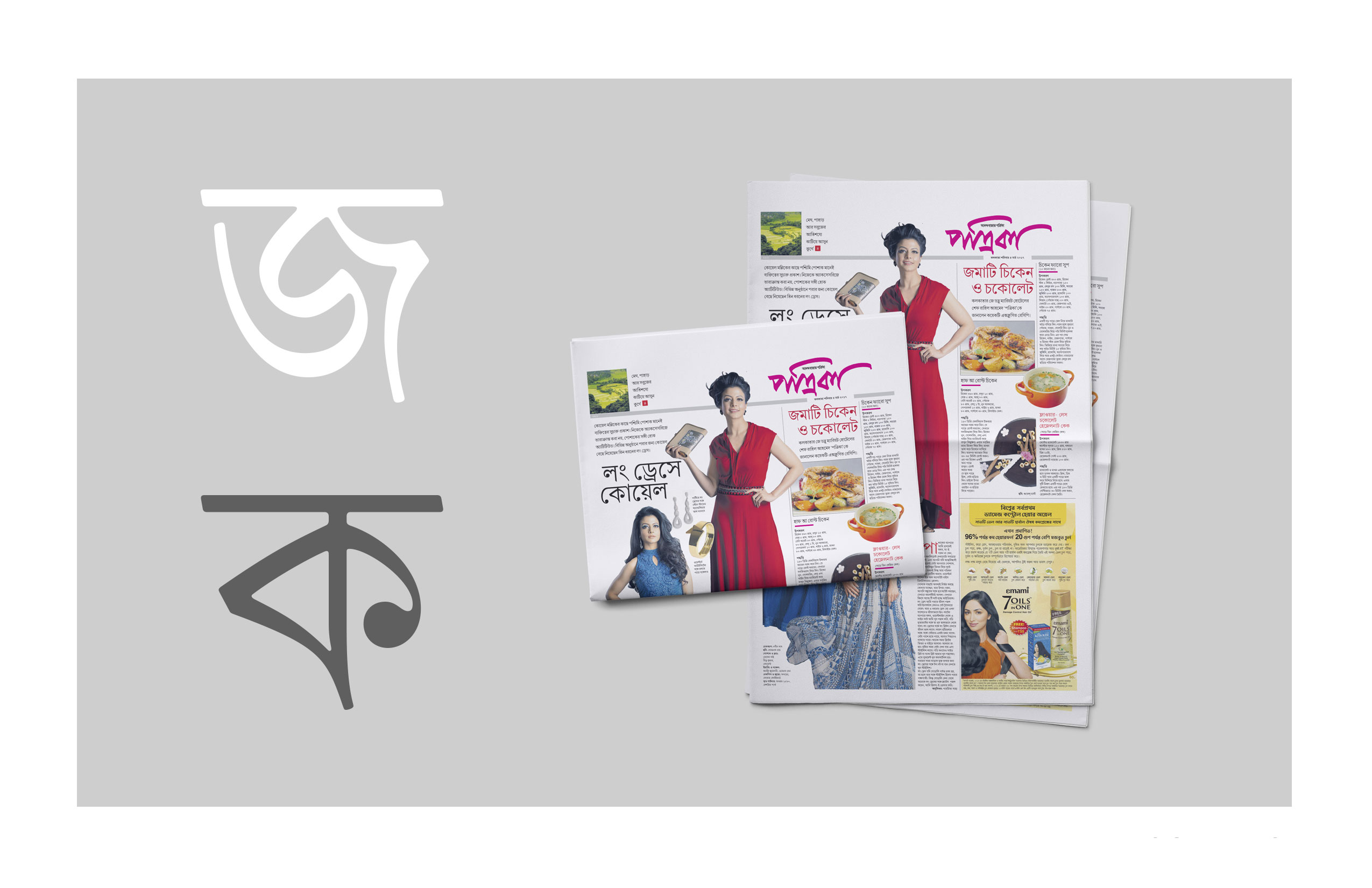