Fiona Ross, Tim Holloway (co-designers) were commissioned by the renowned newspaper and publishing house Anandabazar Patrika (ABP) to design a new low-contrast typeface in a contemporary style for print and screen use in its publications. Ross and Holloway designed ABP's Bengali house typeface (Linotype Bengali - the first digital Bengali font) that has been in daily use in its newspaper since 1982. The design team was augmented by Neelakash Kshetrimayum; OpenType production undertaken by John Hudson. This Bengali typeface is the first fully functional OpenType design for the script. It demonstrates innovative features that resolve problems which hitherto hindered the successful execution of low-contrast Bengali text fonts: this connecting script of over 450 characters has deep verticals, spiralling strokes, wide characters, and intersecting ascenders. The new design has solutions to overcome the necessity to implement wide interlinear spacing and sets more words to the line than has yet been possible.

This project therefore combines the use of aesthetic, technical and linguistic skills and is highly visible in newspapers of the largest newspaper group and publishing house in West Bengal in print and on-line. The design and development of Sarkar has positive implications for other non-Latin script designs, just as the Linotype Bengali typeface formed the blueprint for new non-Latin designs three decades ago. Sarkar was released on 31 August 2012 with the launch of Anandabazar Patirka's new newspaper Ebela. 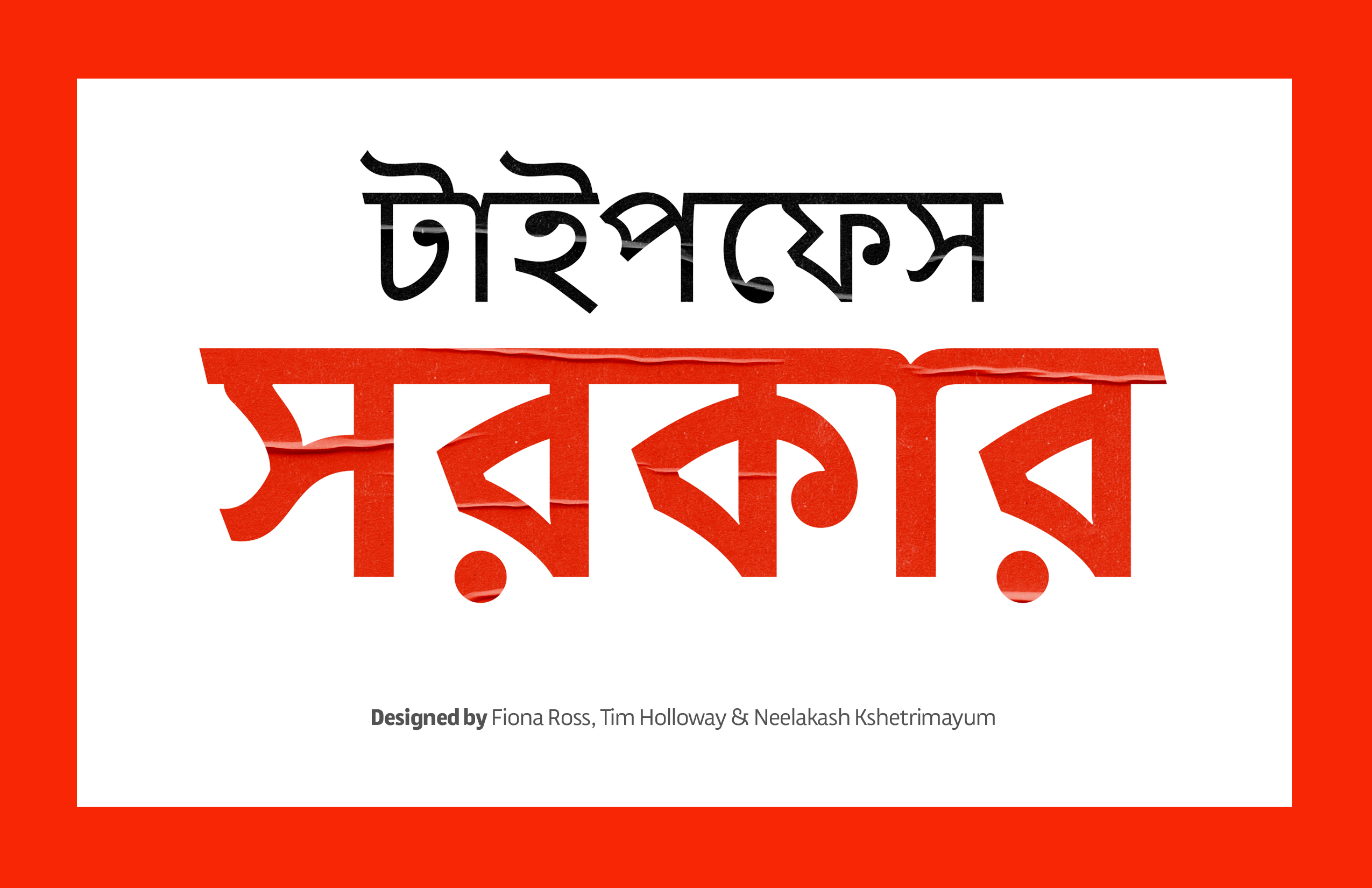 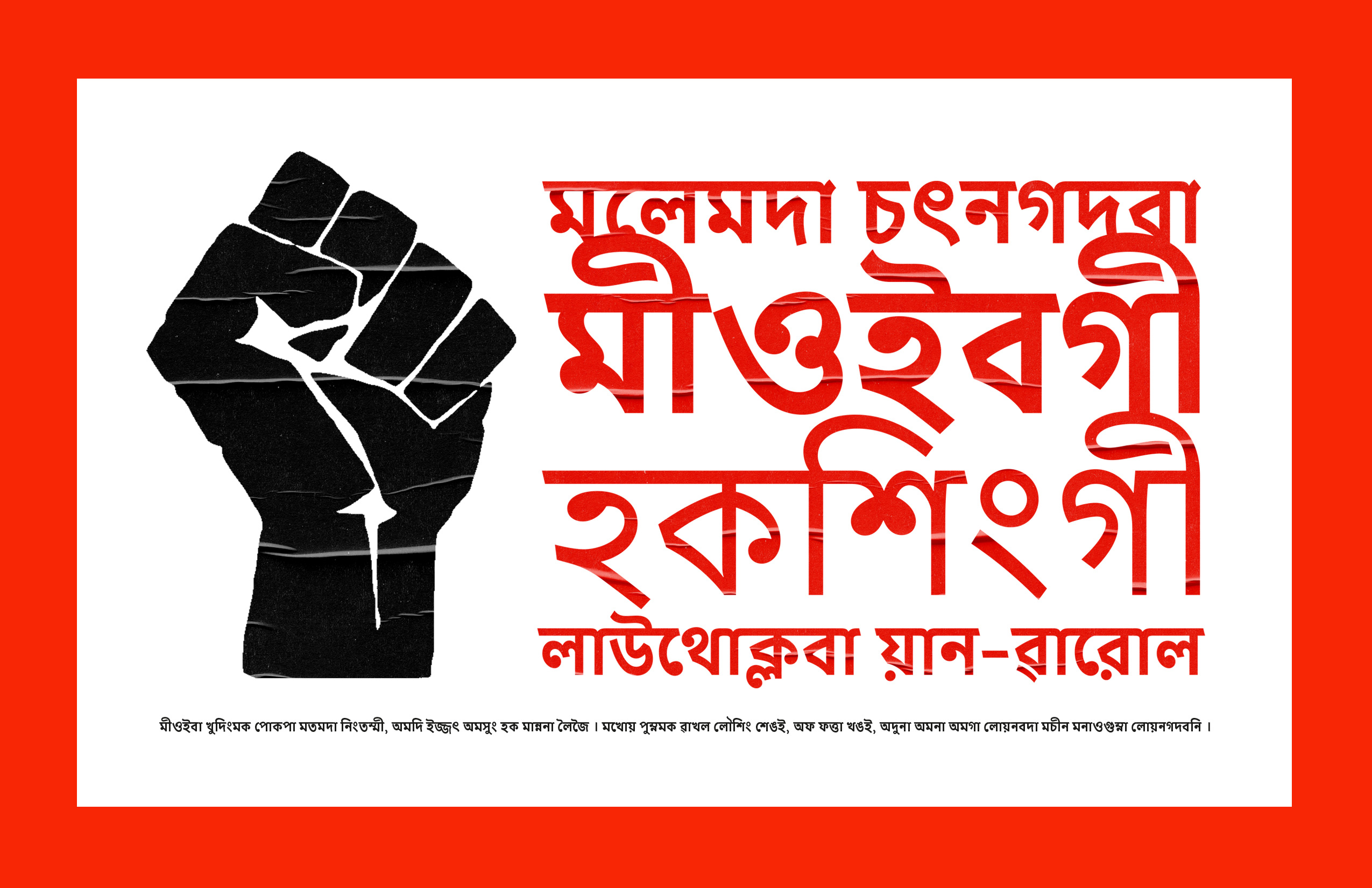 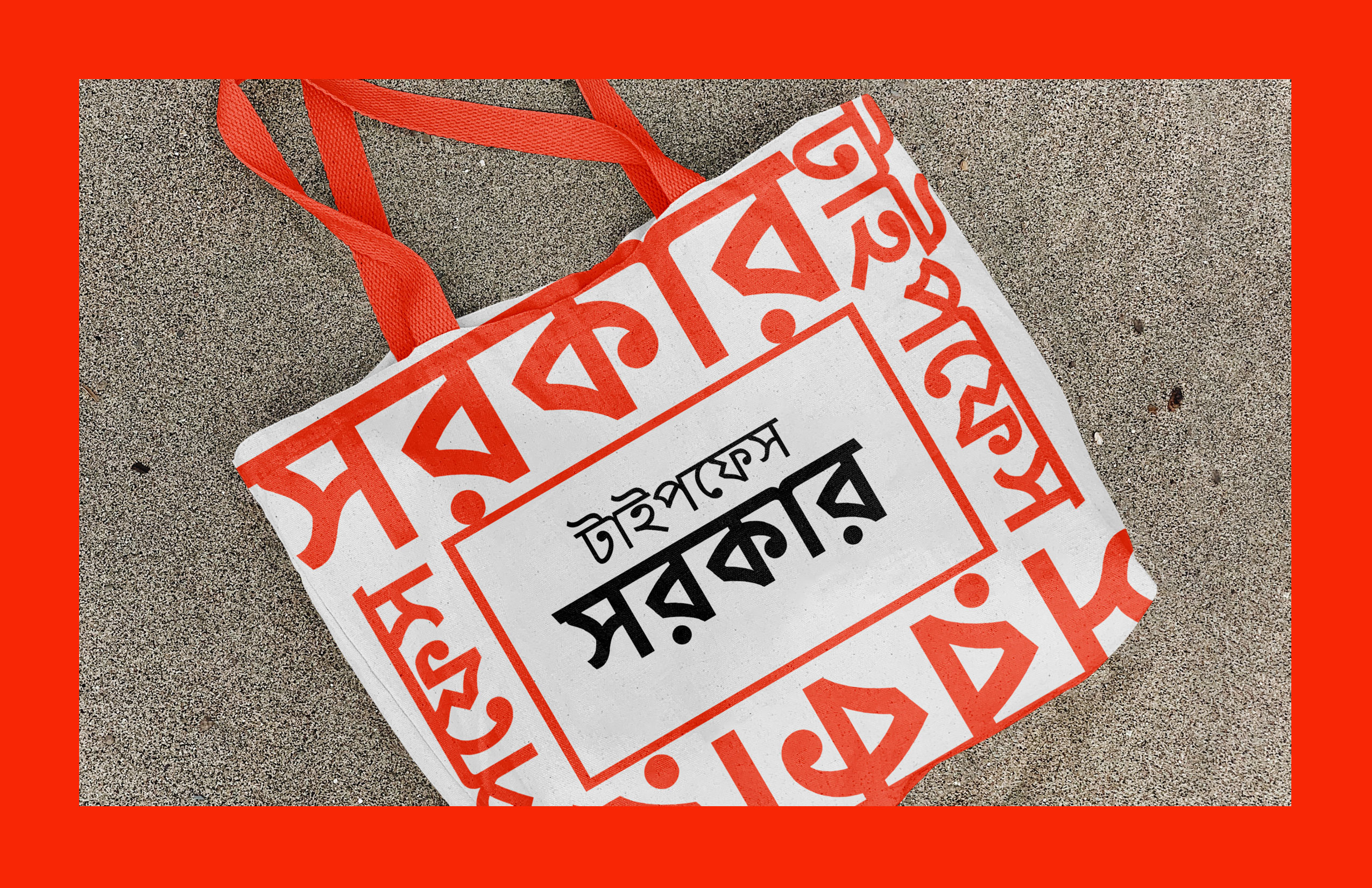 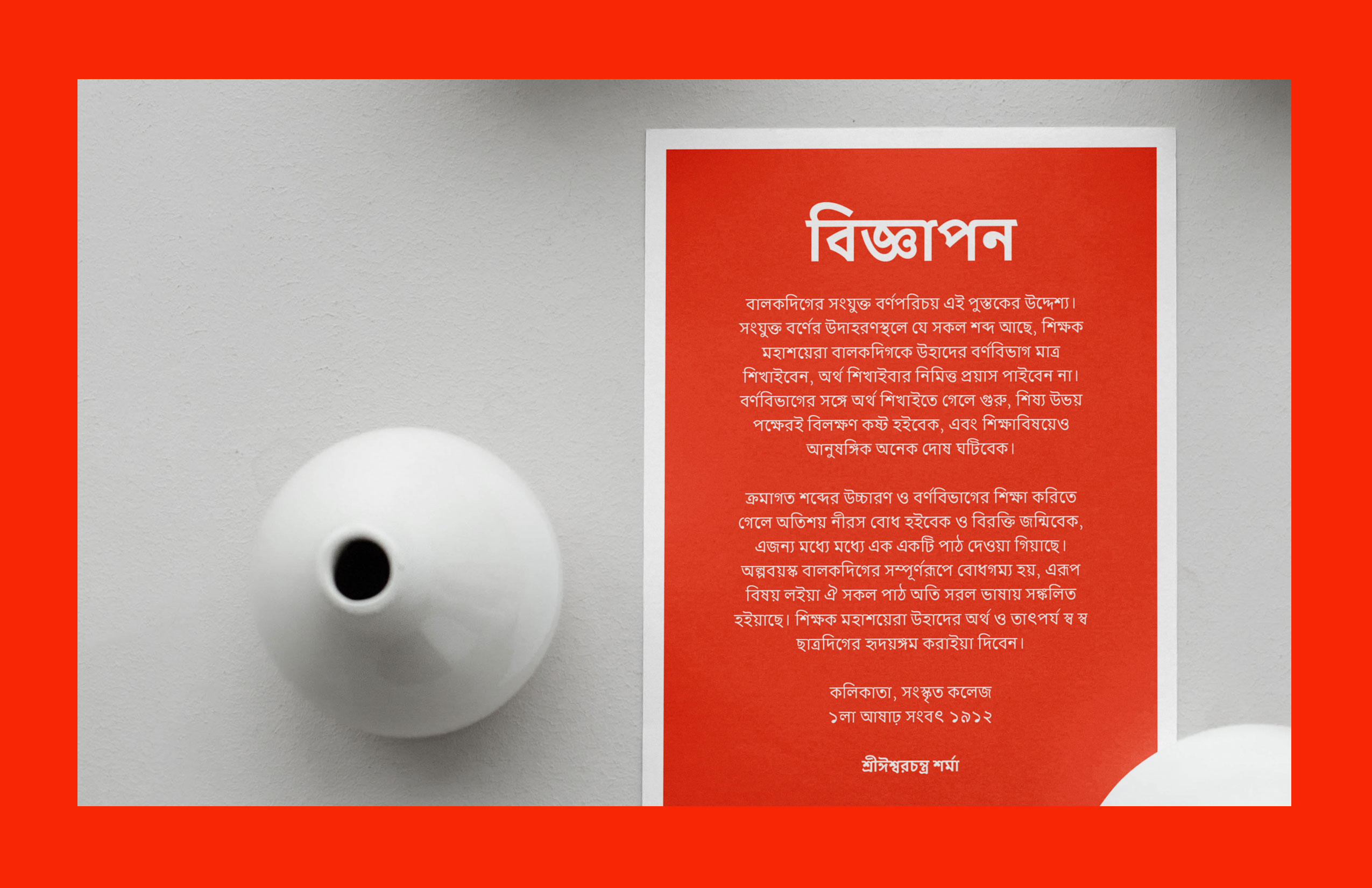 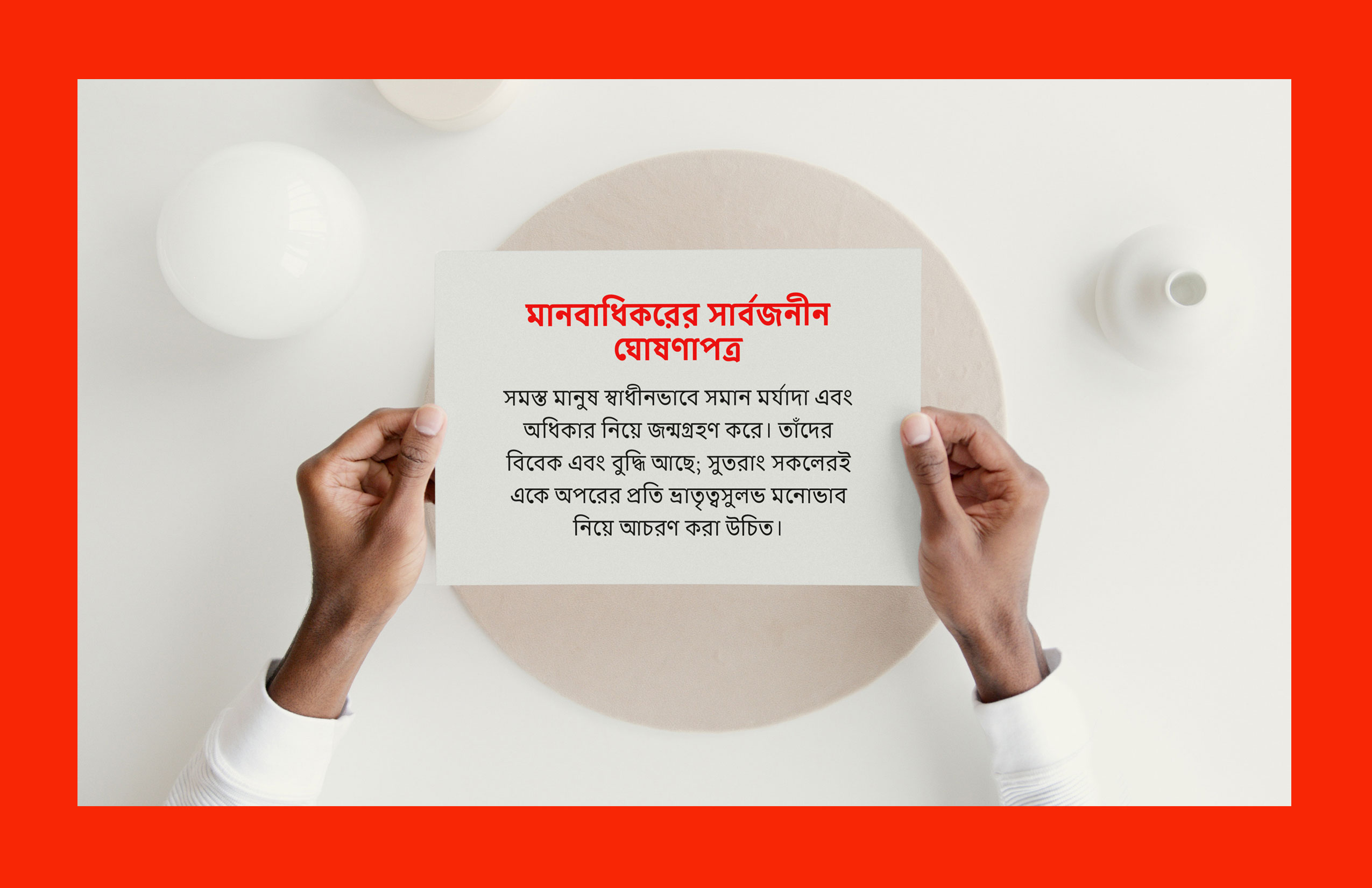 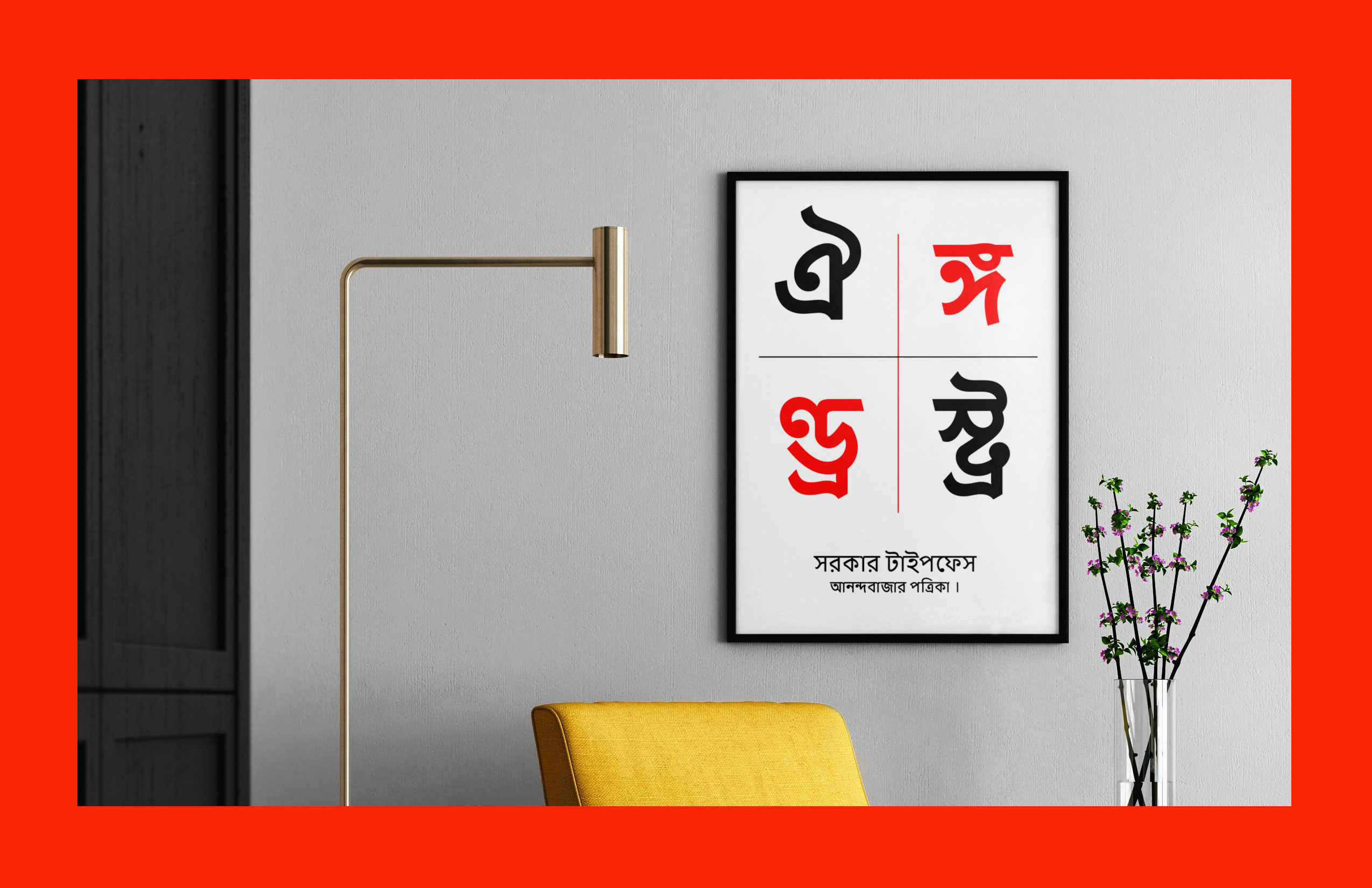 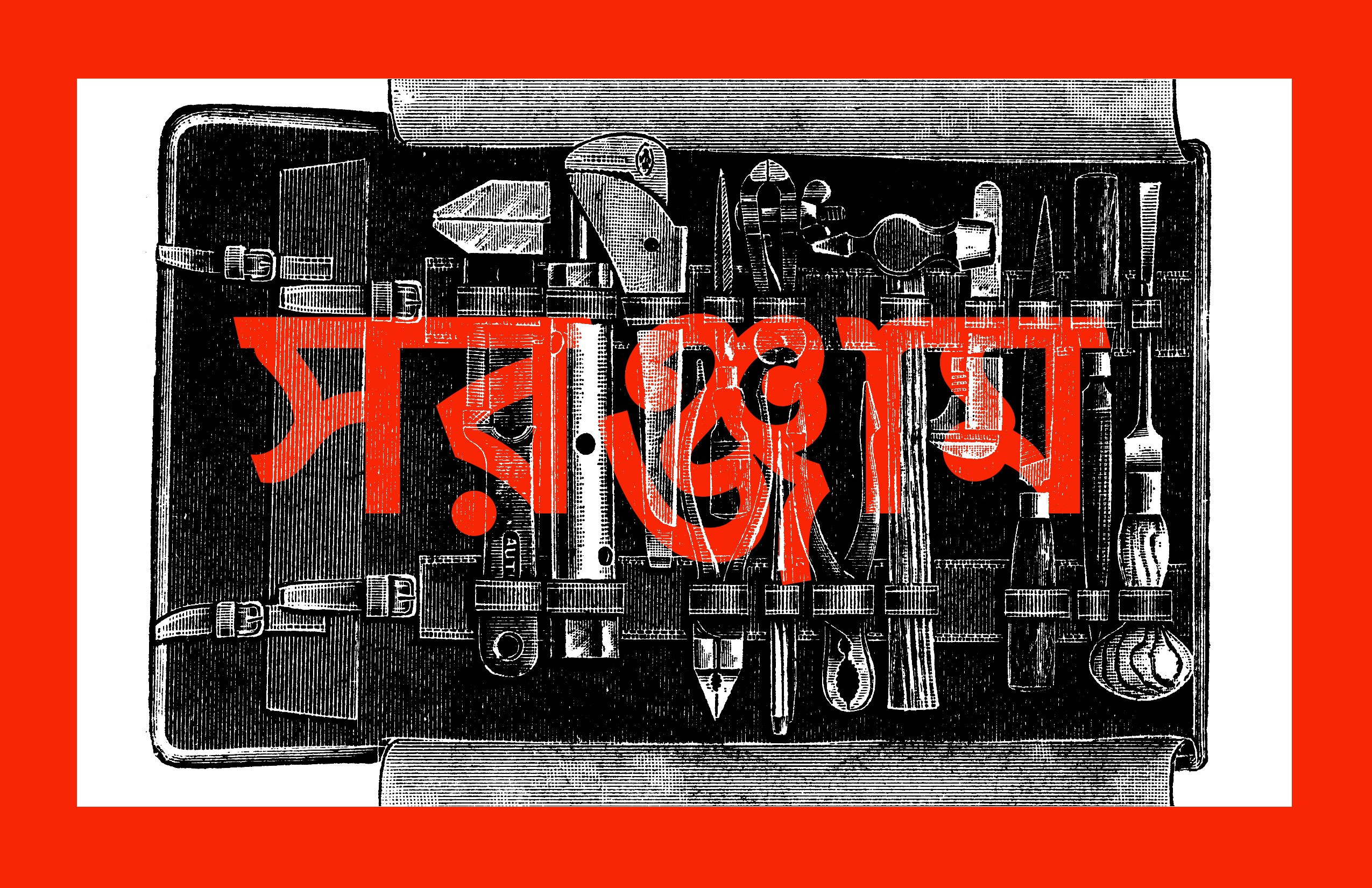 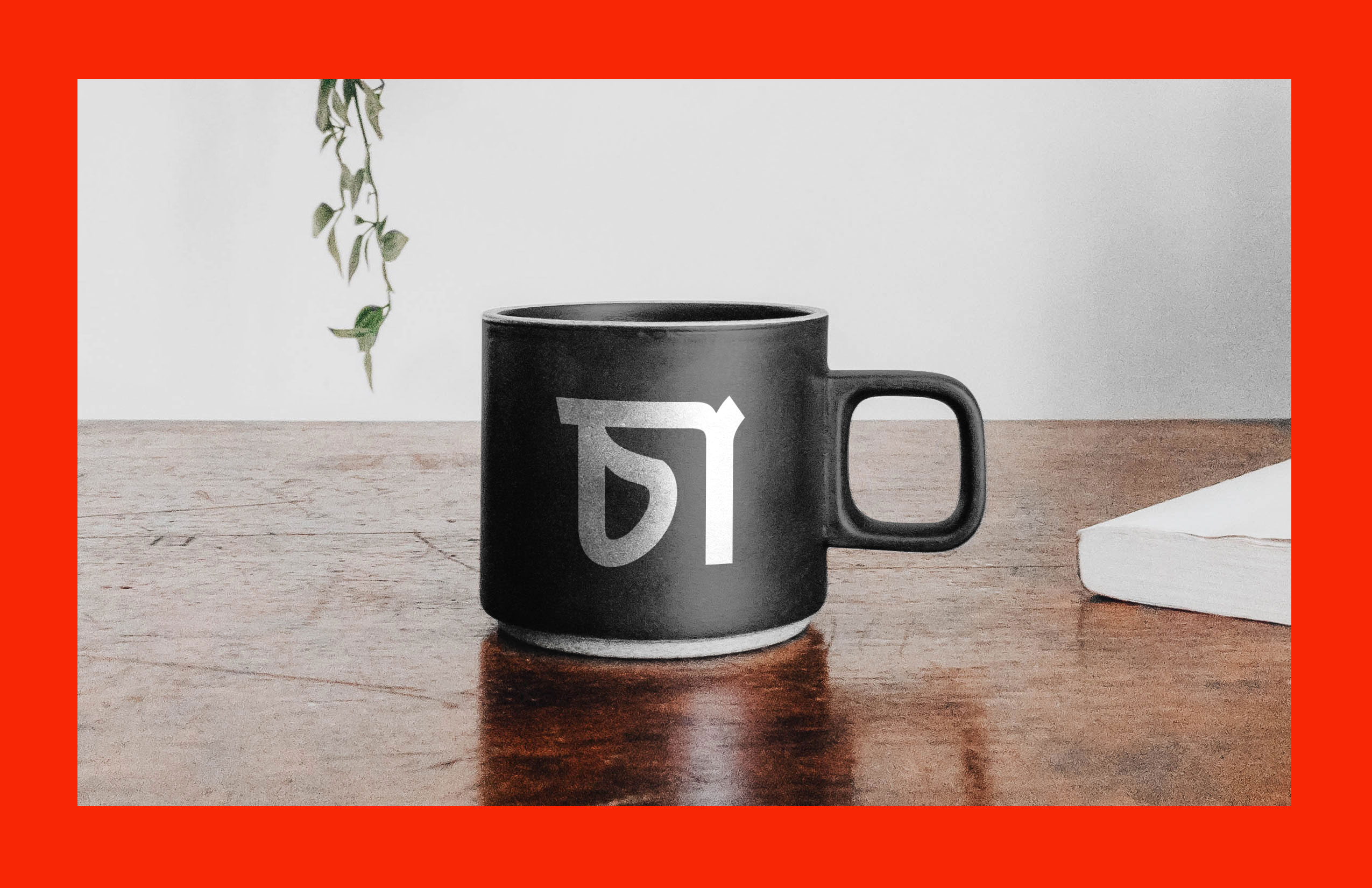 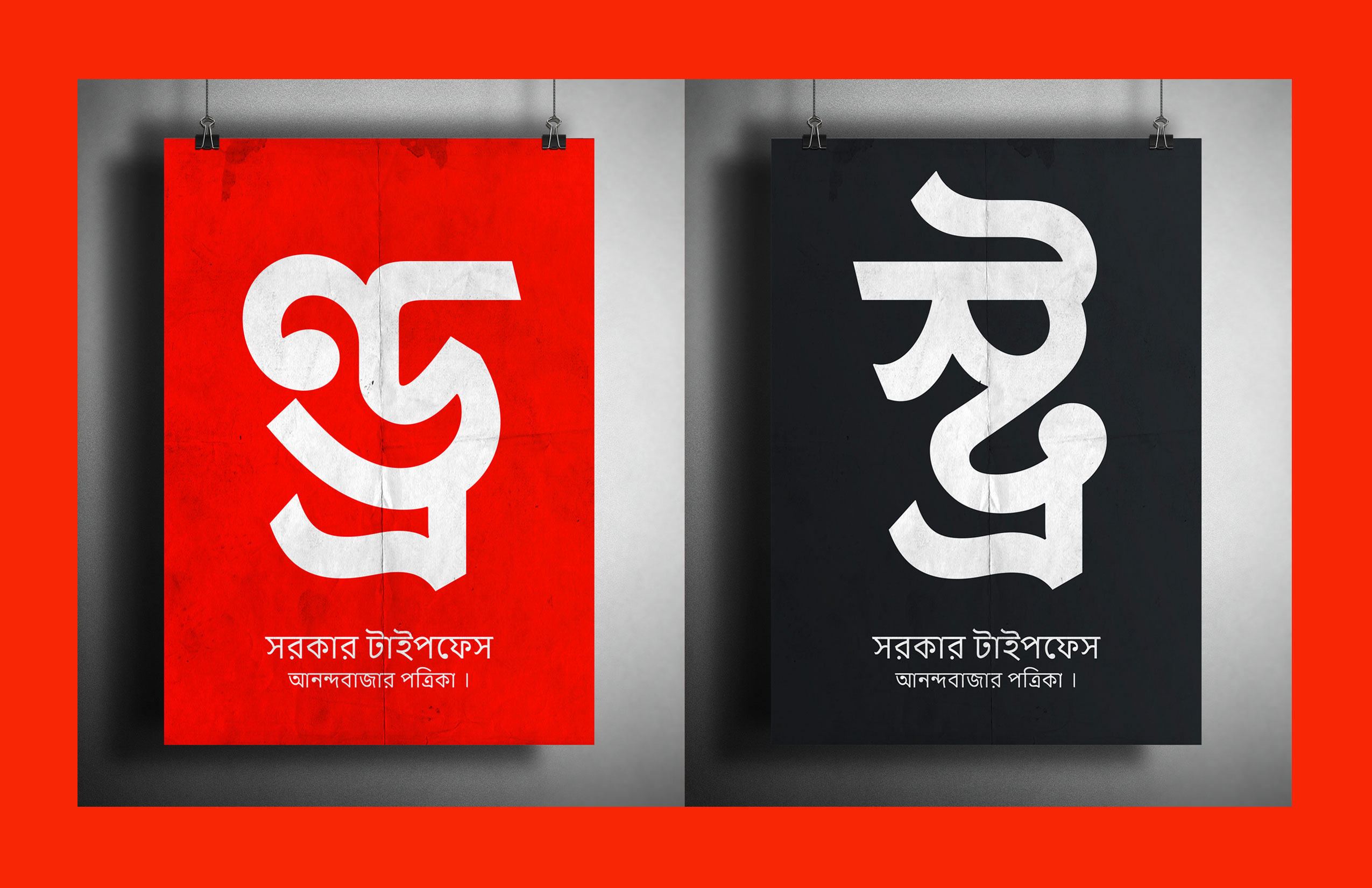 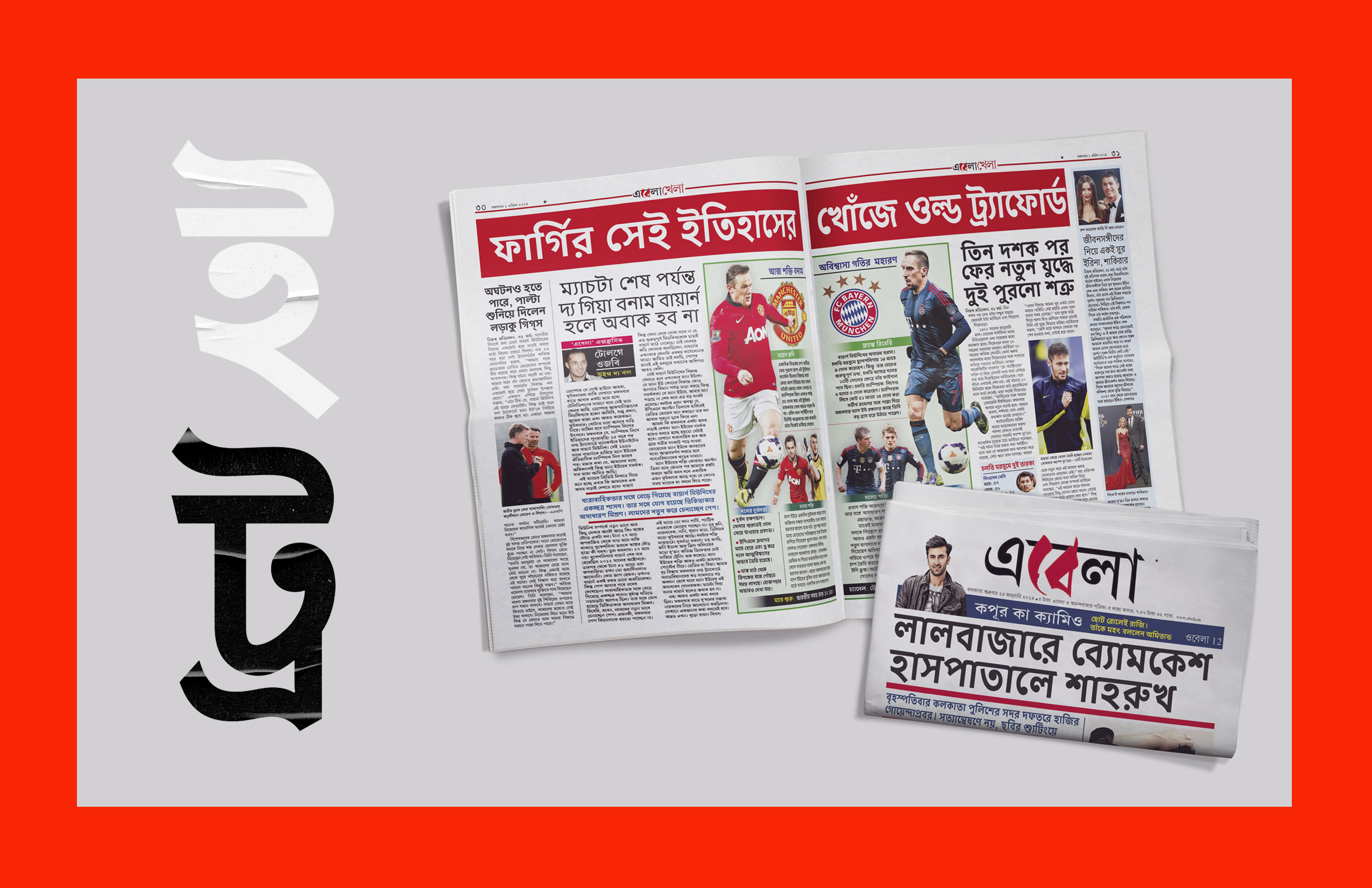 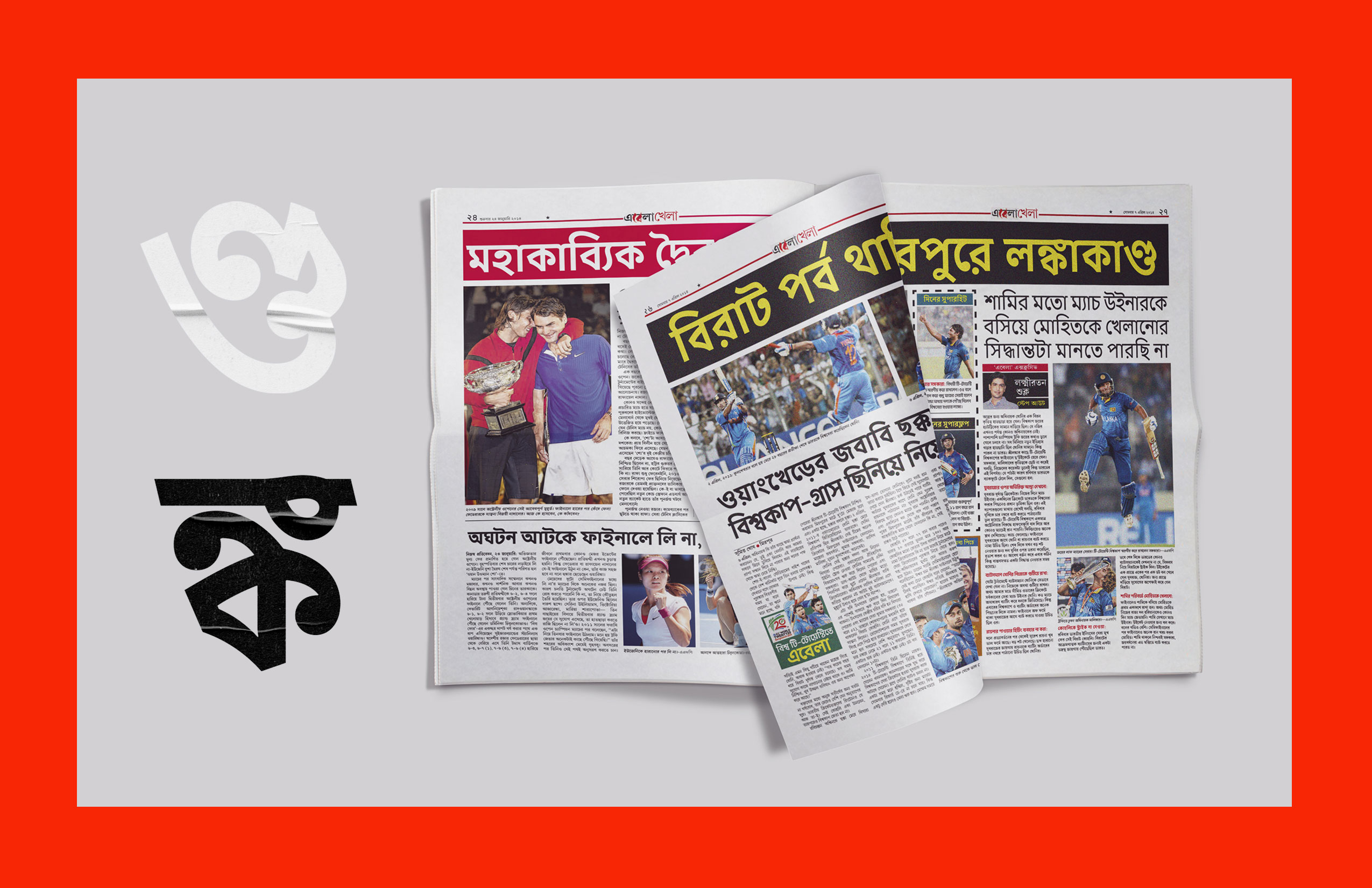 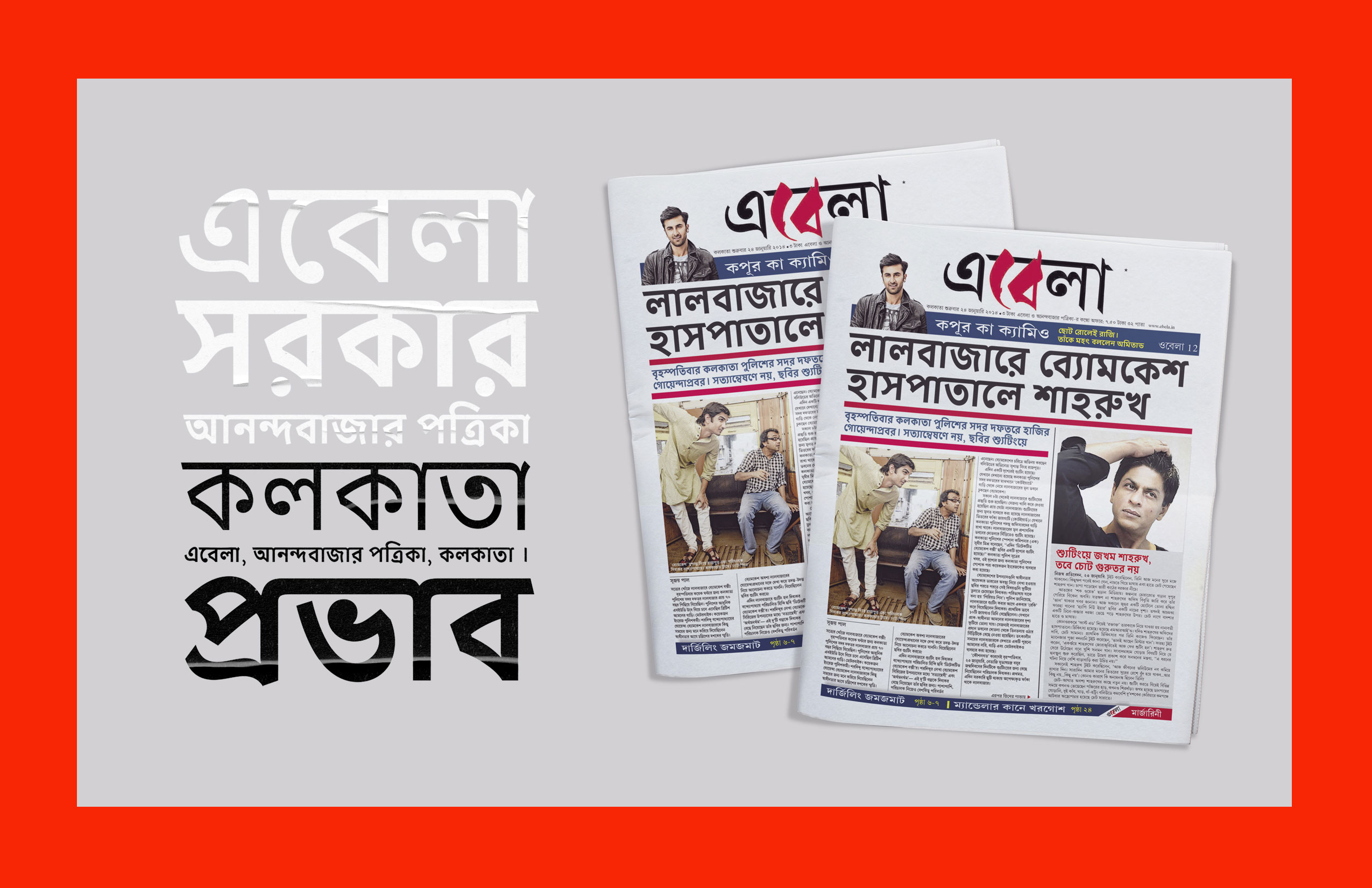