JAWA is a motorcycle and moped manufacturer founded in Prague, Czechoslovakia in 1929 by František Janeček. The firm Ideal Jawa, founded by Rustom and Farrokh Irani began importing Jawa motorcycles into India in 1961. JAWA motorcycles got a resurrection in India in December 2018, by Classic Legends which is owned by Mahindra, through a licensing deal with the JAWA Moto.

The primary objective of the call-to-action campaign across print and digital was to boost sales during the festive season. The campaign's messaging and visual treatment was simple, straight-forward, and bold. 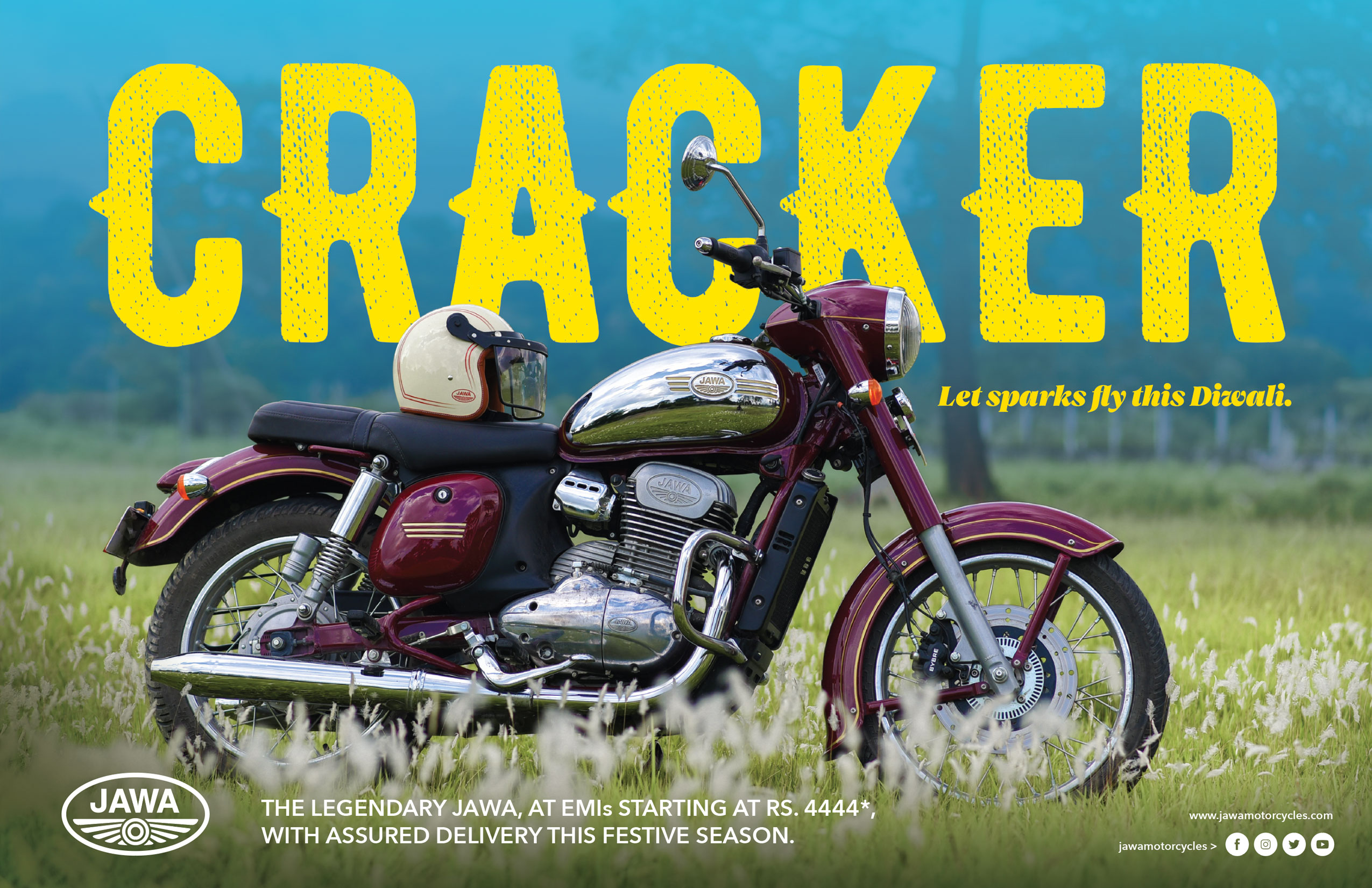 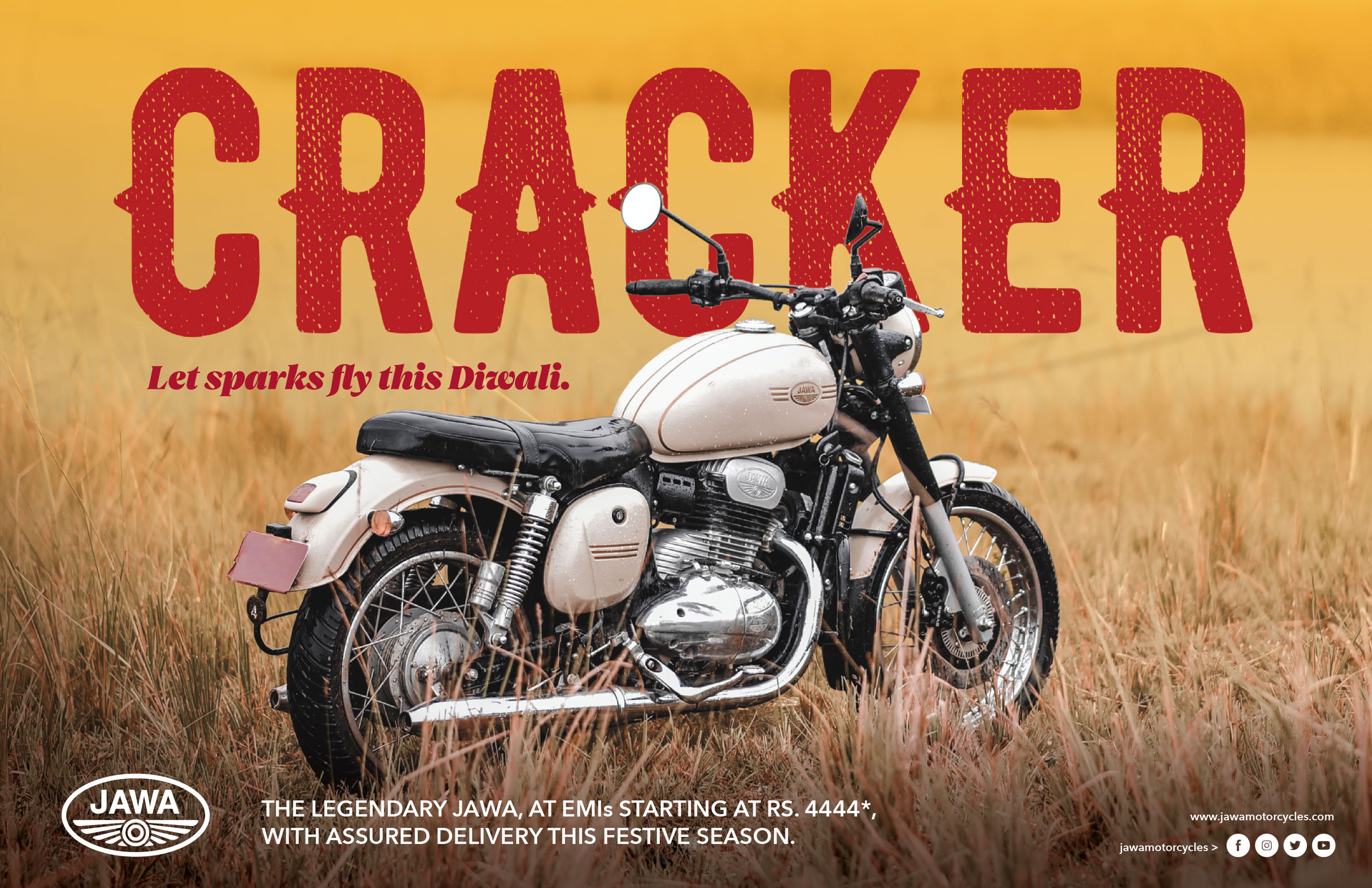 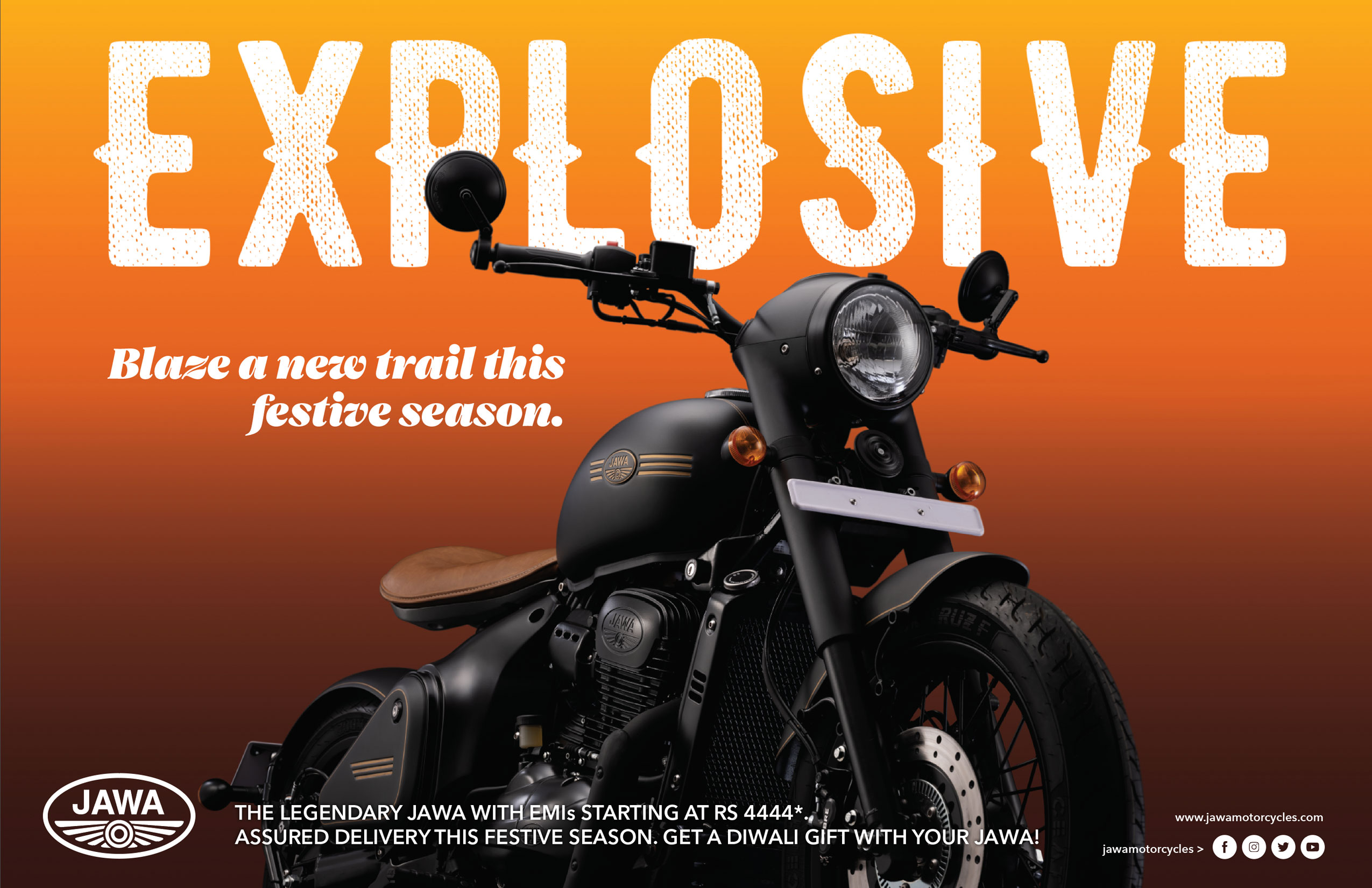 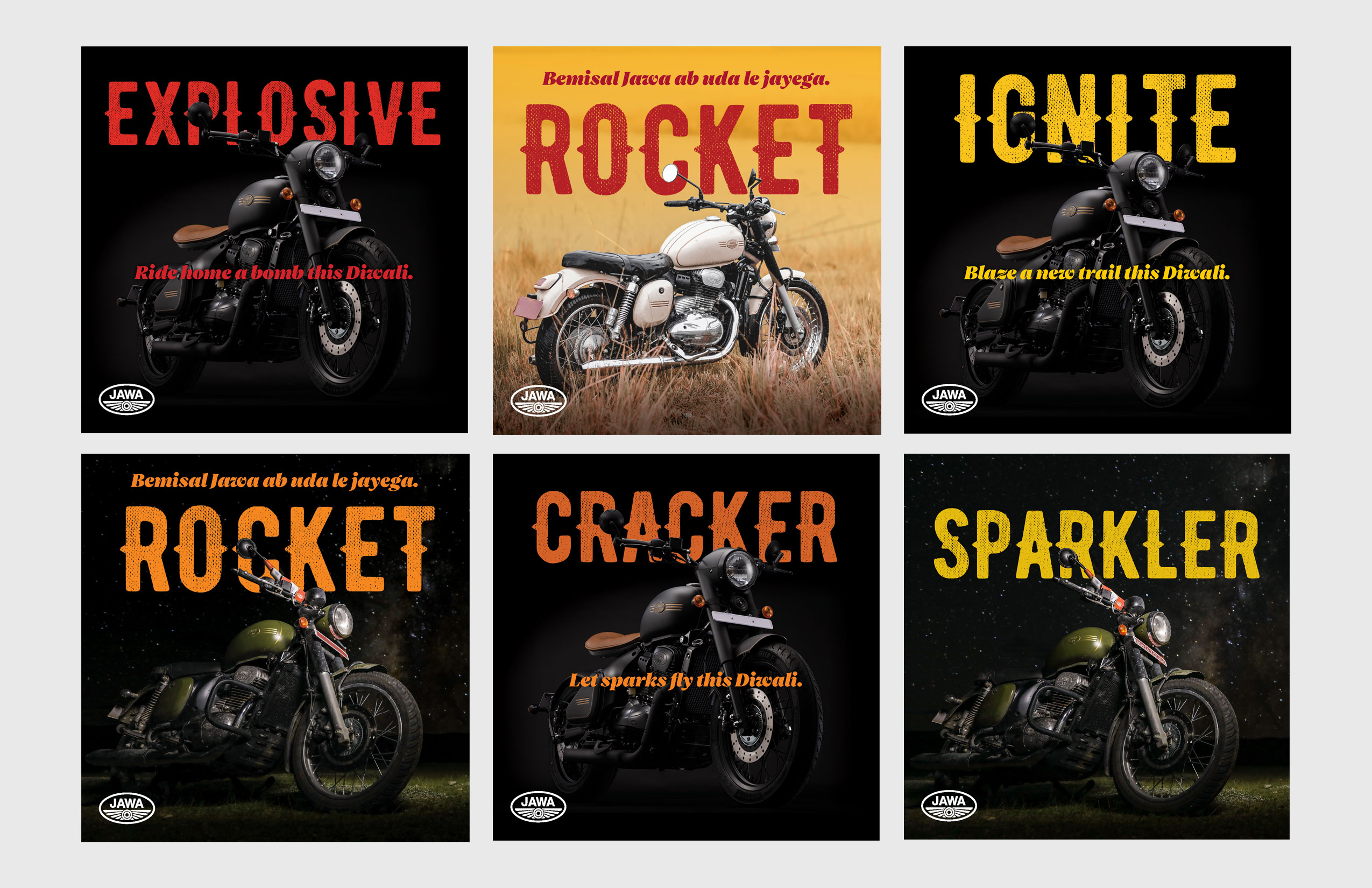 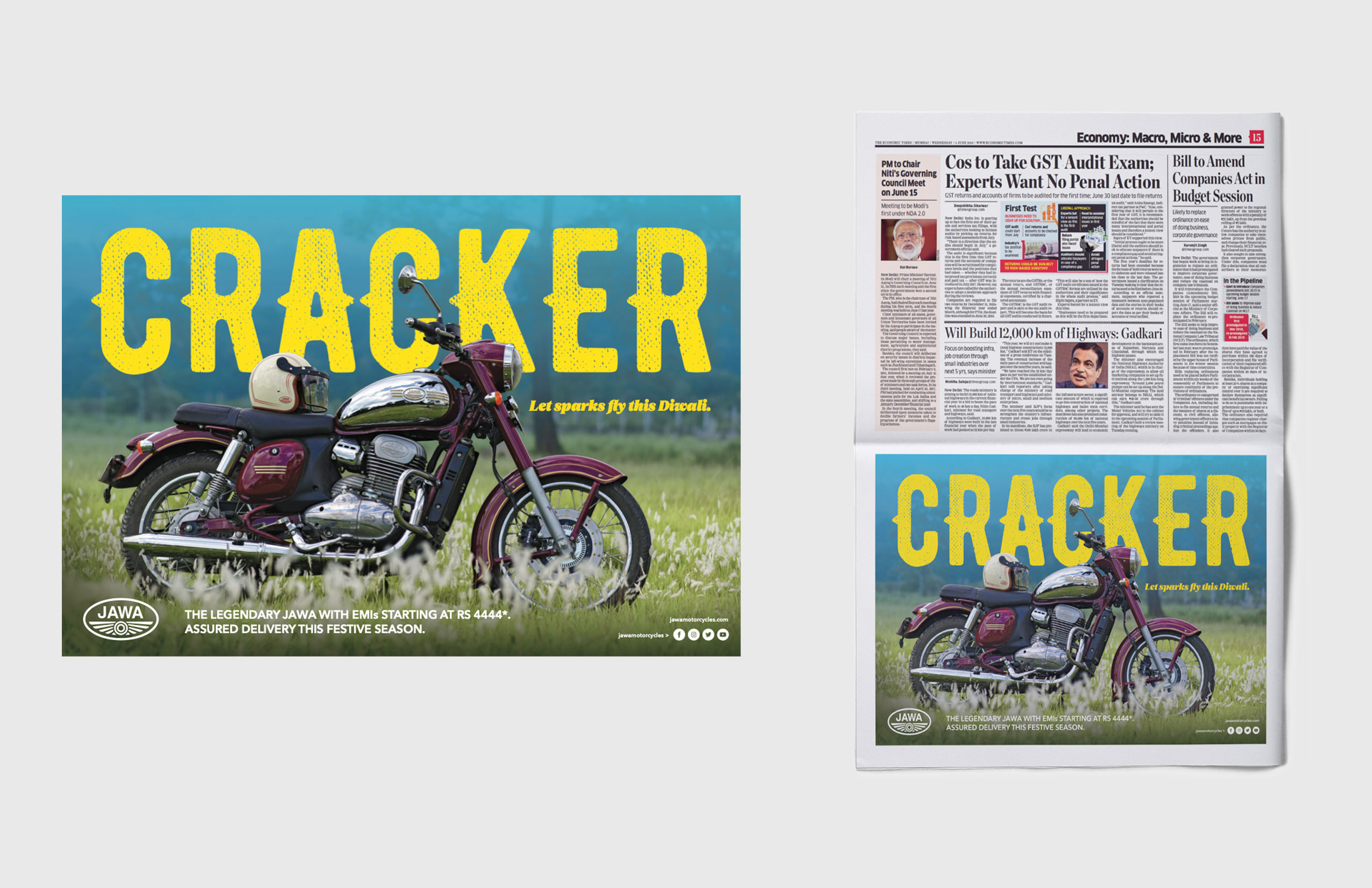 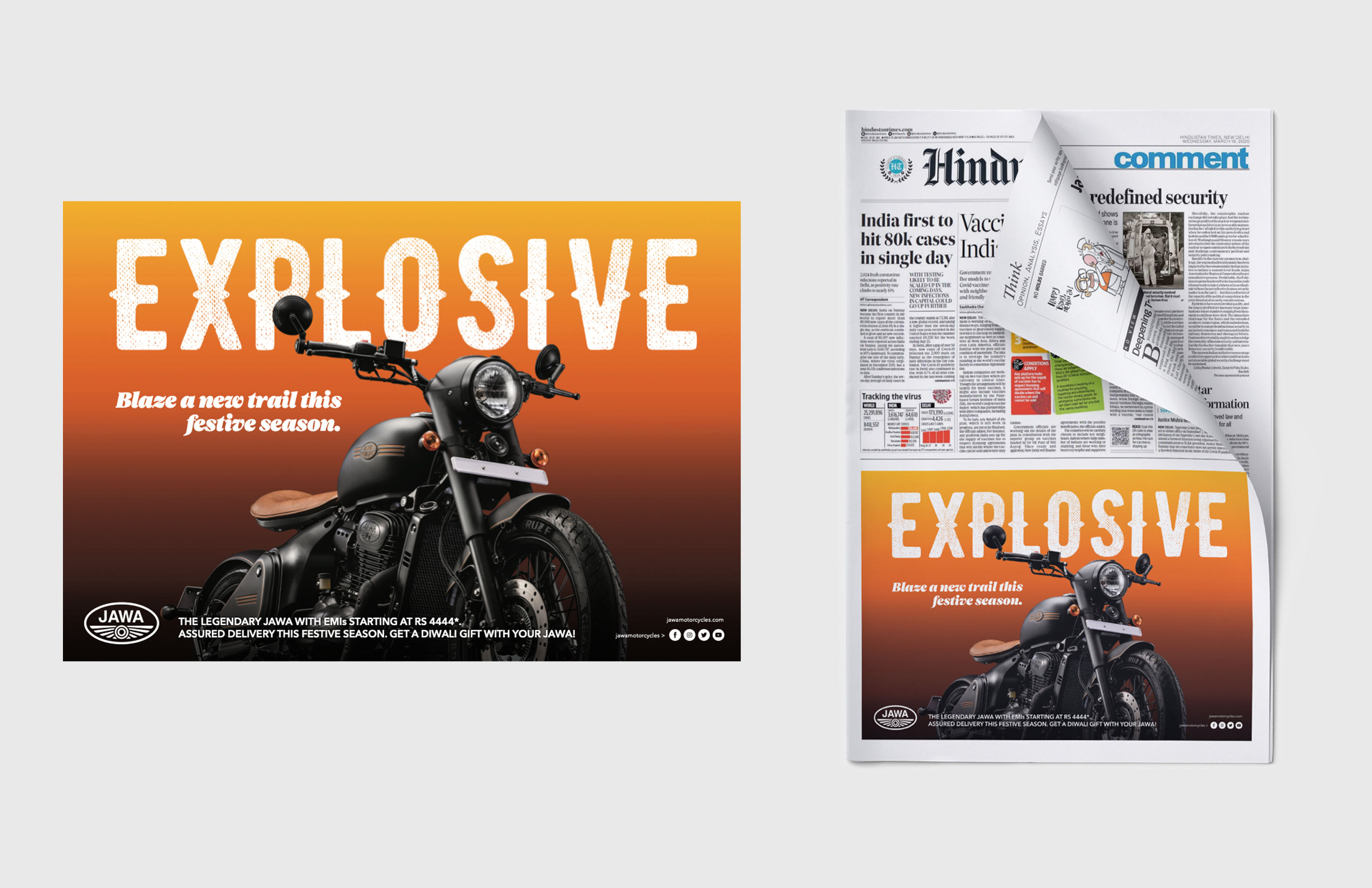 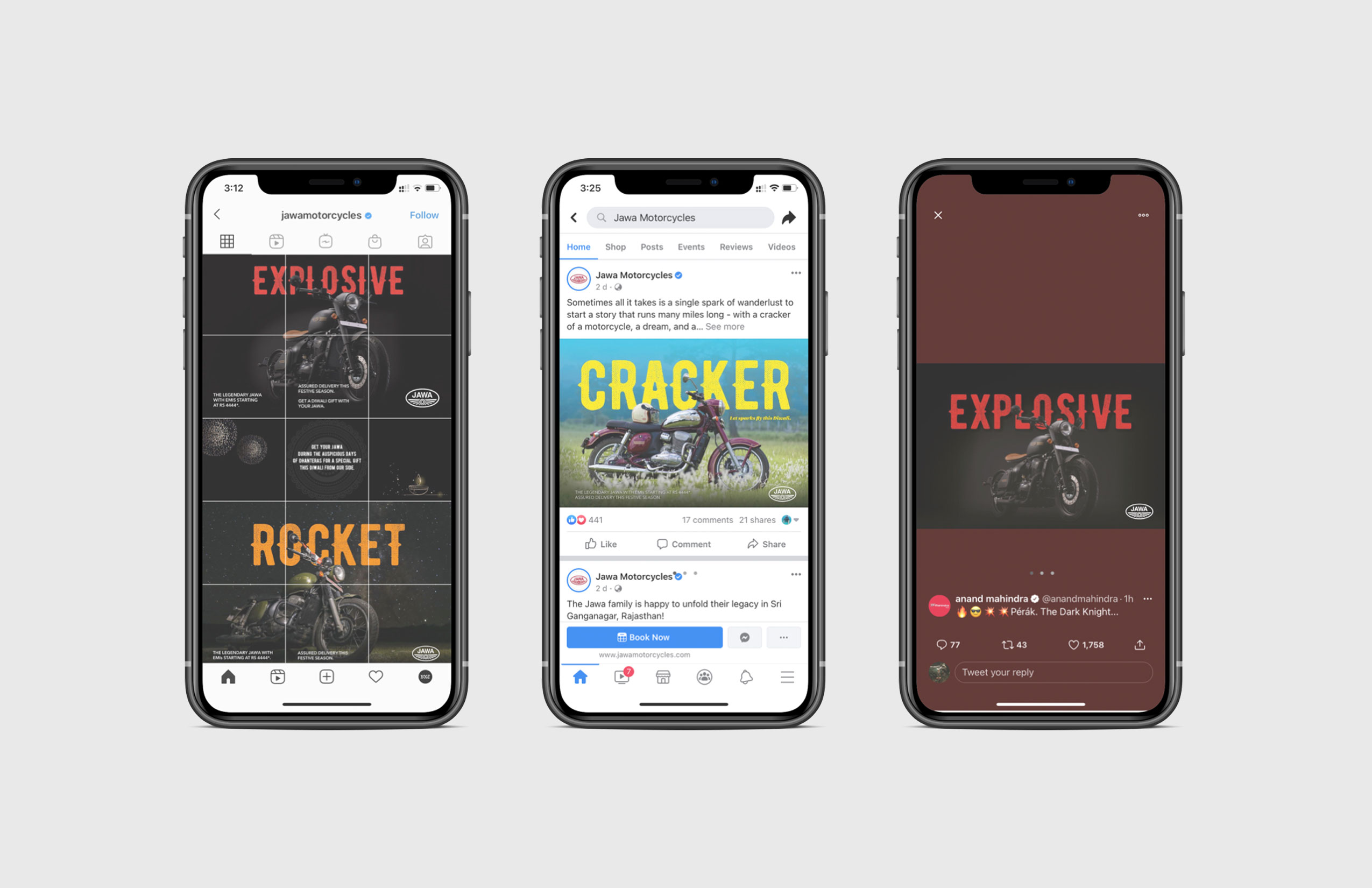 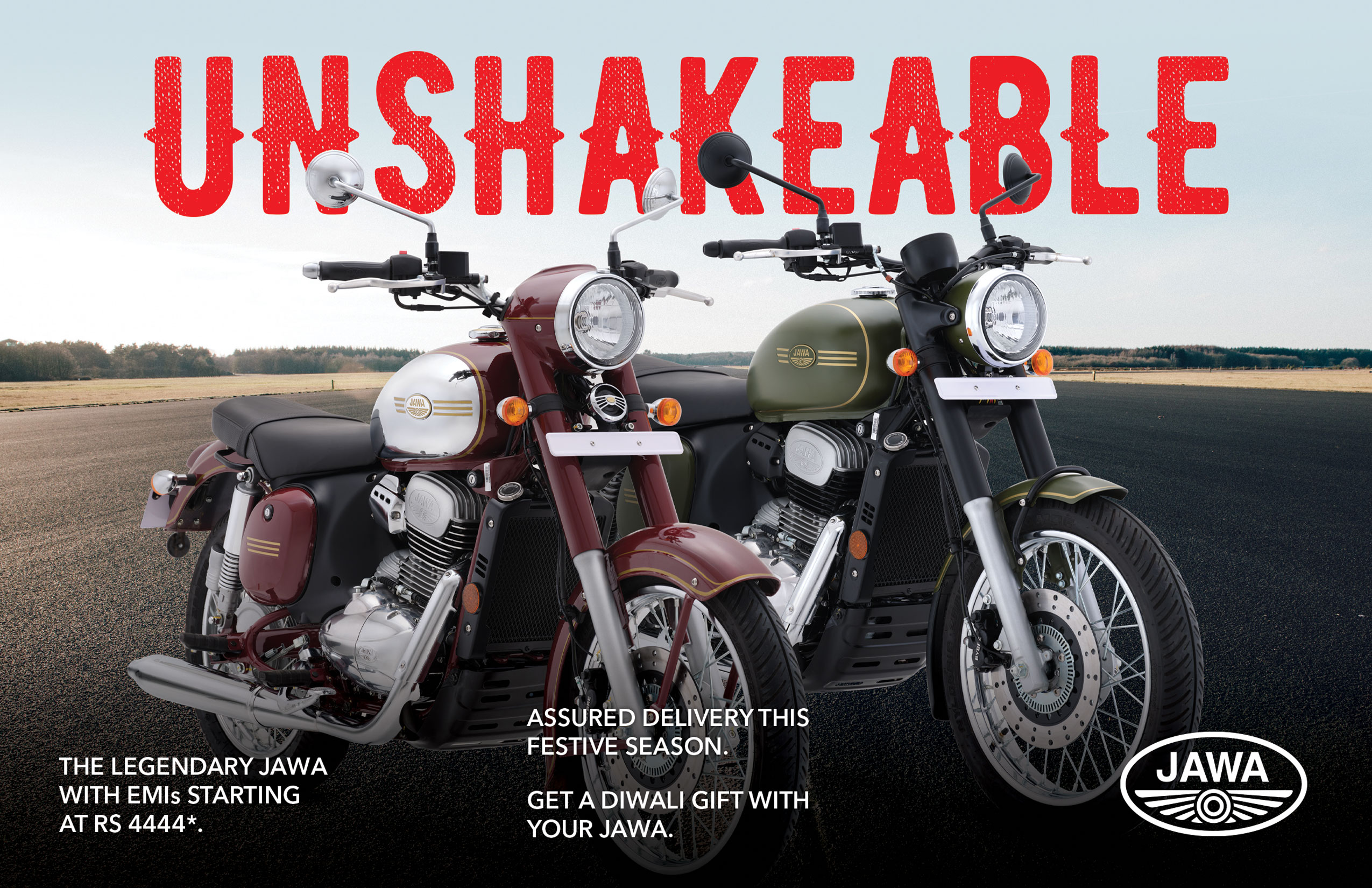 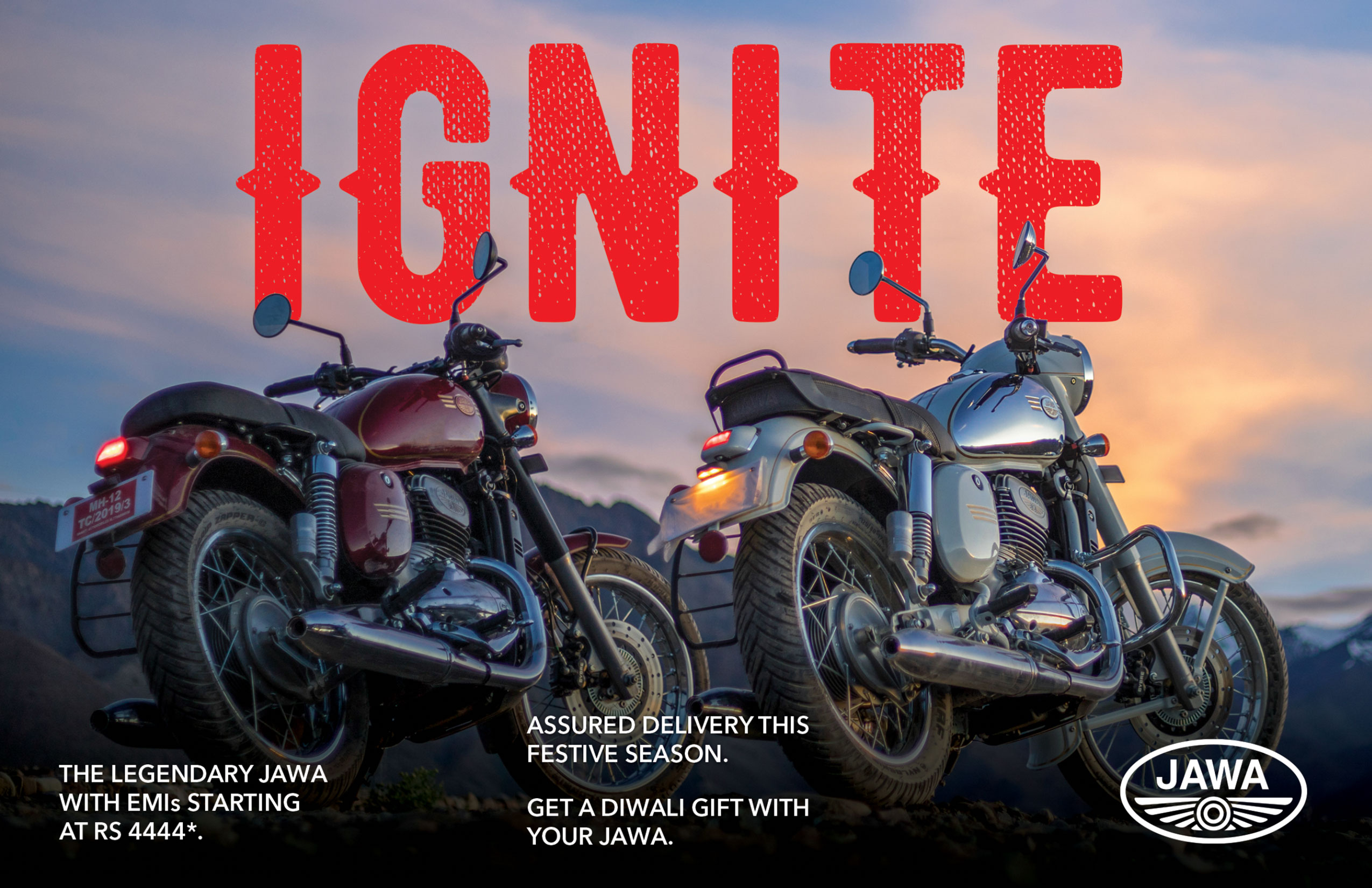